After a longer-than-intended hiatus from updating, here is my latest (albeit shorter than usual) entry.
No video this time around (I know, I know...) but the place simply didn't lend itself well to that medium.
I should also note that Christina and I have a few really awesome places all filmed and in-queue for editing/posting, so stay tuned. 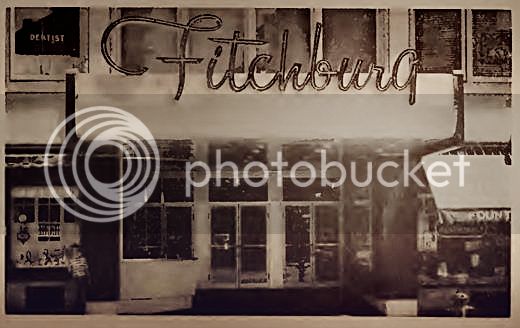 On Main Street in Fitchburg, Massachusetts can be found a section of mostly-vacant storefronts known simply as the “Fitchburg Theater Block”,
a newly constructed marquee with bold dark lettering plainly states as much. Though this theater was just recently outfitted with a new facade,
the last film to play here let out some 30 years ago.

Just beyond the old double-doors of the main entrance, within the cavernous dark which is now the auditorium, can be found some 1,700 seats,
still sitting as if they were awaiting the next show. The years of being sealed away have covered everything in a fine grit, primarily made up of
debris from the high ceiling, and bits of the ornate plasterwork which has too long been subject to heat, humidity, leaks, and freezing temperatures.
Still, even now, standing quietly in the grotto of filth-covered seats, decaying curtained walls, and crumbling plaster, one need not look hard to see
the Fitchburg Theater as it must have looked in its prime.

This building has been a landmark of sorts for the city of Fitchburg since its opening in the winter of 1929.
During its time it played host to many films, live acts, and musical numbers as the entertainment epicenter of the community.
Even today, people pass by the sealed doors and openly recant their personal memories of the theater – A fact I experienced first-hand.
There's no denying that cinemas carry an air of mystique to them which exists nowhere else. A strange kind of awe is always present
when you first enter a darkened theater, and no amount of time, neglect, or decay can ever truly dispel that.

After I shot the Windsor Ruins, I decided to look for a still-standing abandoned plantation house to photograph. LeBeau is just south of New Orleans in St. Bernard Parish, sitting on a big lot all by itself, with a Domino sugar refinery in the background.

I didn't get any shots of the inside, it's all boarded up--I'll trespass for a photo, but I draw the line at breaking and entering. Plus there was a fire inside about 25 years ago, so I don't know how stable the floors are. And if you fell through you'd easily break a leg, because like a lot of houses in south Louisiana, it's raised several feet off the ground.

Supposedly it's haunted, but I don't really believe in stuff like that. 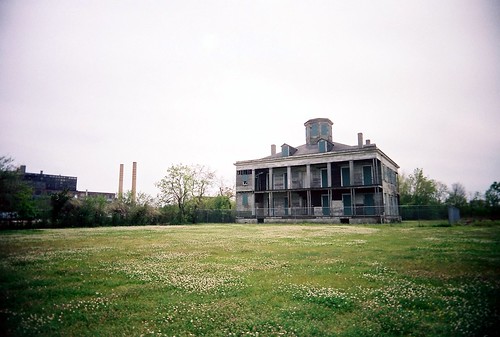