Laurel Valley was a sugar plantation, and the village housed the workers (slaves for the first decade, then sharecroppers after the Civil War). It's been preserved in a state of "arrested decay", except for the plantation store, which is now a shop that sells local crafts and food to raise money. The village has been used in several movies, including Interview With The Vampire. (It's been years since I saw it, but I think they used it for Louis' slaves' cabins.) They actually still grow sugarcane there, certain areas are restricted to the public because they use convict labor. You can't go inside the cabins, but I've heard if you call ahead you can arrange guided tours that will let you behind the barbed wire. 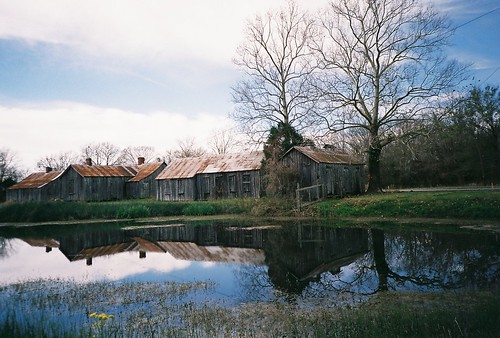