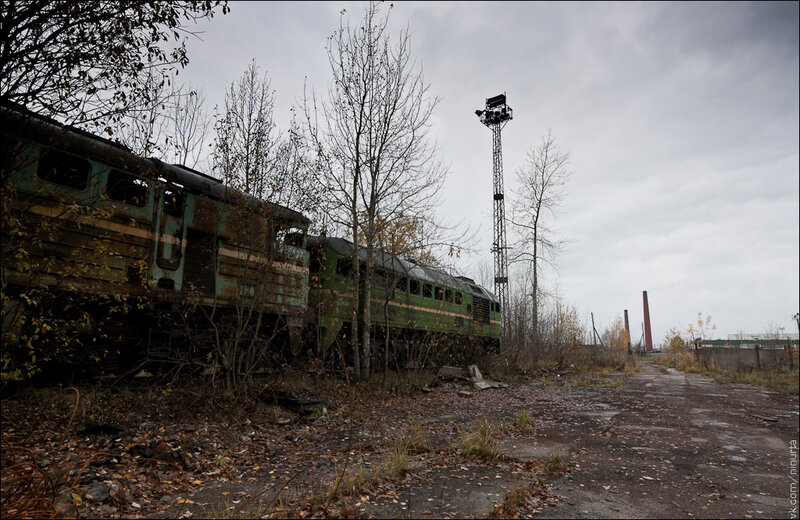 In the past, I've had quizzes about when buildings were built and/or abandoned, and what they were built for. But in all of the cases before now, it is because I really didn't know. In this case, though, I know the answers, and I am curious what people will say.

So for those who are interested, tell me a little bit about this building: 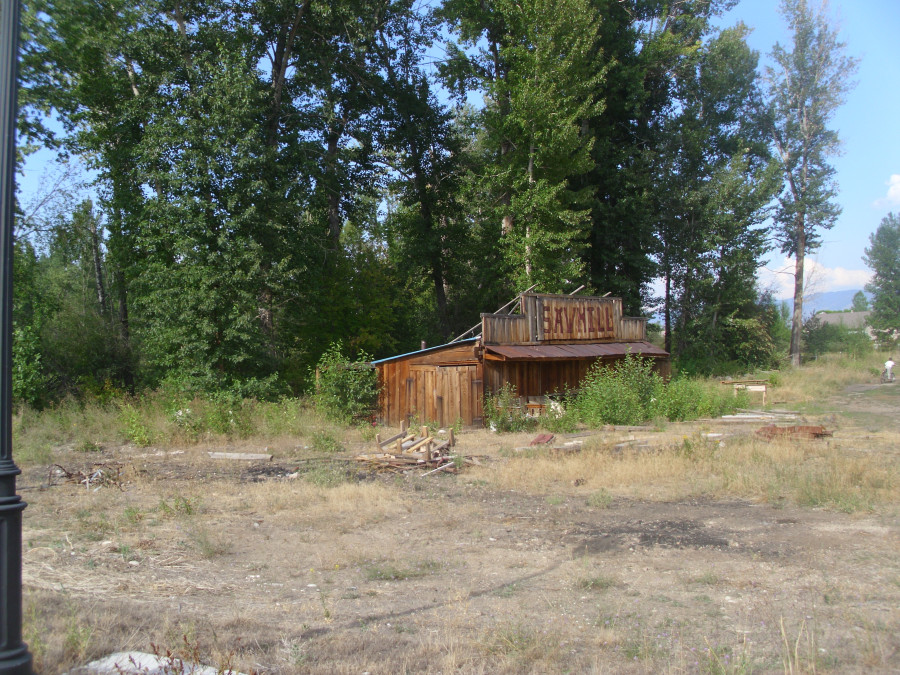 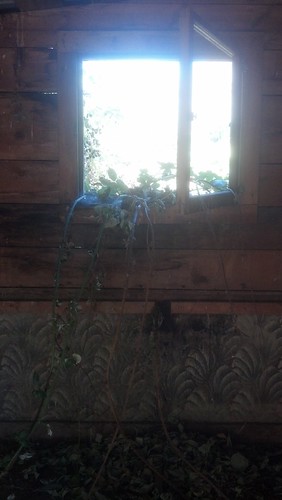 Skookumchuck: A Chinook Jargon term that is in common use in British Columbia English and occurs in Pacific Northwest English. Skookum means "strong" or "powerful", and "chuck" means water, so skookumchuck means "rapids" or "whitewater" (literally, "strong water"), or fresh, healthy water.[1] It can mean any rapids, but in coastal usage refers to the powerful tidal rapids at the mouths of most of the major coastal inlets. From: http://en.wikipedia.org/wiki/Skookumchuck

Between Riggins and White Bird on old US Highway 95, there lies a beautiful place that is easy to overlook. When you hear the name, however, it's hard to forget. Who lived here, and why did they leave such a place?

The chicken coop is leaning, though bits of eggshells still lie on the floor. The grapevines have grown so the arbor built to lift them now lies crushed underneath. Shelves lie empty which once groaned under the weight of jars and cans, and the outlines of carboys in which homemade wine or beer likely fermented still lie on the floor.

The little brown shack out back has been toppled and now sprawls on its back, staring up at the stars. In the kitchen, mice have neatly built their nests in the silverware drawers. Rosebushes unashamedly probe into the largest outbuilding, spilling through windows exploding with light. And while none of my pictures from upstairs turned out well, I stood there long and gazed at peeling wallpaper which obviously had been applied with love in a child's small room.

But the strangest of all mysteries in this strange little place: the front door, unlike everything else, somehow bears a fresh coat of paint.
( Collapse )

Hi all. If you want to come to Russia, and visit some abandonedplaces (choose themselves, via internet) i can provide a place to sleep in my house. And bathroom. Also i`ll meet you at the airport. Then we go, home. Eat, wash. Sleep. And in the morning start our 4x4 trip to the object.

Please, confirm your travel 1 month before you plan it to start. I`ll have to keep some money. All what i give you - is for free. Distance range - no more then 500km across Moscow. I give you food, tent, sleepbags, 220V and free wi-fi internet if possible.

Thanks for reading. For more info go PM.
Collapse