These were taken earlier this year on a road trip out to Vegas. I am a little late to the game on this one as it seems like most of the slides and water features were dismantled about 5+ years ago. Not much is left of the place anymore, but it was still cool to explore.

It's even more interesting when you look at what the park used to be like:

Apparently Rock-a-Hoola closed down after a multi-million dollar lawsuit was filed against it by an employee. The employee used one of the water slides after hours and became a paraplegic when the pool that he landed in didn't have enough water in it. It closed for good in 2004. 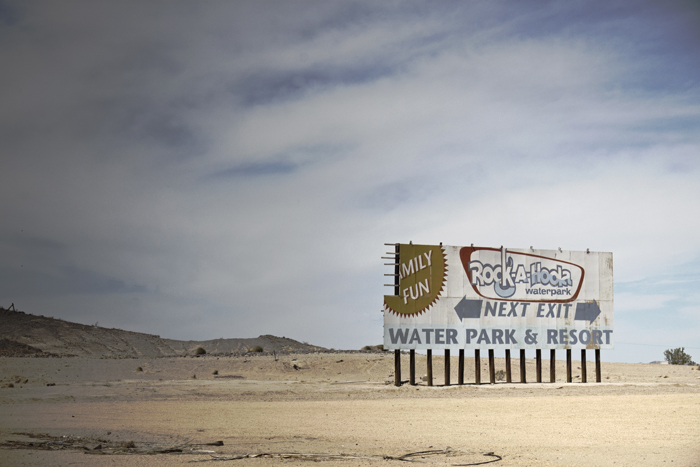