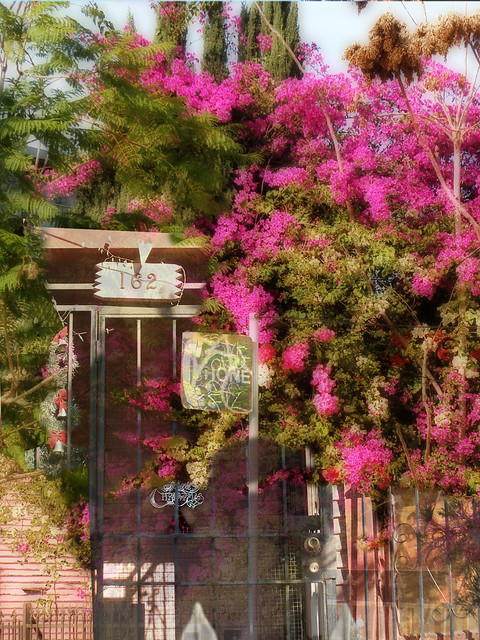 A little house that probably won't be here much longer. No one lives here. I first noticed it in 2008, when there was a large construction project down the street. It was late January, and the Christmas decorations were still up then, as they still are now. Was 2007 the last time Christmas was celebrated here, or was it even earlier? A heavy chain with a gigantic padlock have been added to the iron gate, but the wood of its walls are fragile and thin. They pay phone has been removed. Only the bougainvillea still loves this old house.

FSUE "Vladikavkaz plant "Discharge" is one of the major producers of gas-discharge devices in Russia. The company produces a wide range of products, which is well established itself on the market.
Plant "Discharge" was founded in 1961.
( Collapse ) 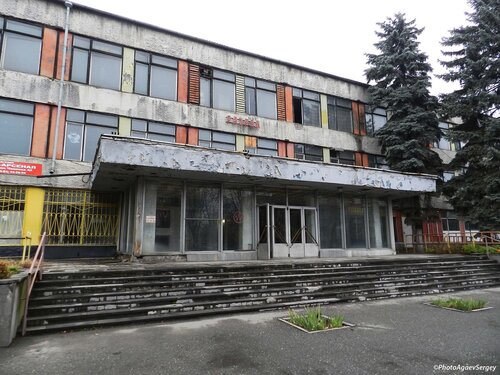 Hello all, hope you have been fairing well this winter. I know my region (Northern NJ) has been nothing but some extension of the polar ice caps. Everything is either snow or ice, and it feels downright tropical if temps exceeded freezing for a few hours a day. It all makes for some serious cabin fever. Such is winter though, come July I will surely be complaining about the heat, so I'm never really pleased. I do enjoy spring, and I look forward to that, but it only seems to last 48 hours where I live. Anyway, on to the entry...

Large unmaintained pines all but consume the front of this disused hotel. Without prior knowledge of its existence one would likely drive right past it on the town's main drag which lies just half a block away, having not the slightest clue that they completely overlooked a four-story tall building. This is not an altogether bad thing, as the natural camouflage seems to have kept most would-be vandals and thieves away from the property. Considering this place has been shuttered since 2004, its remains in relatively good shape. Most of the damage within has occurred due to the whims of nature, and not through the malicious actions of human trespassers.

During its day this hotel catered to those staying in the area for extended periods of time. When you rented a room here you would receive a set of keys; one would unlock your bedroom, the other would unlock the door across the hall, which contained a kitchen and dining area. From the looks of things these kitchen-rooms were an after-thought, remodeled from surplus bedrooms which the resort no longer had a use for. The upper-most floor seems to have remained exclusively bedrooms to the end however, and after the remodeling on the floors below it became storage for the numerous bed-frames and mattresses removed to create the kitchens.

As previously stated – this hotel is still in decent shape, primarily due to a lack of vandalism. However, this is not to say that the building is sound. One wing in particular suffers quite badly from water damage, the floors of which crack and snap when walked upon. Hidden away below vintage carpeting and wooden floorboards, the framework of the hotel grows tired and frail. In some areas the water leakage is quite severe, to the point that the ground floor has a sheet of ice upon it several inches thick. As is the case with most dead things; this place is cold. Old windows and the occasional missing pane of glass allow the biting winds of winter to easily enter and swirl down the old hallways. Cold air constantly flows through the aging building, oft causing the countless crooked windows to rattle in their frames. The combined effect creates a feeling of the hotel shivering against the cold.

High above hung a haze of grey - The kind of sky that almost audibly threatened of snow to come. Though a true storm never manifested itself, light flurries eventually began to fall. They drifted down from the sky as flurries always do - randomly tumbling in unpredictable directions, very slowly altering the landscape as they cover everything in a dusting of white. Occasionally a flake would manage to enter in through an open window, to land upon a bed or nearby nightstand. Remaining there only a brief moment before dissolving.