It's been ages since I've posted.  I'm in semi-retirement now, doing some freelance writing and photography,  http://www.grgardner.com while I have been wintering in Palm Springs this year.  I've got several more posts in the works about some wonderful abandoned places I've found in the desert near here.  This post is from an area I've been fascinated by since I started driving to Palm Springs via the back highway from Las Vegas ten years ago.   I'd come over the pass from the near ghost town of Amboy, CA and drop into a land dotted with literally hundreds of abandoned "cabins".   I usually zoomed through and wondered what in the blazes these were and why were they there.   Doing some research this trip I found out.

Back in the early 1950s the last wave of people in the United States were able to obtain essentially free land under the "Small Tract Act of 1938", which was an outgrowth of the original Homestead Acts of the 19th Century. It was designed to dispose of "useless" federal lands.   Among the last places granted by Congress for this were in the Morongo Basin of the high desert of San Bernadino County, California.   At the far East end of the basin (East of the town of 29 Palms) is an area called "Wonder Valley".  I used to joke that it was named that because everyone would wonder why in the hell anyone would live there!

Assuming you wanted some land to call your own you filed a claim with the Government for for up to five acres.   Once you made the required improvements on the land by constructing a small dwelling and occupying it for three years you could file for a patent (essentially a deed) on the land.   Apparently in the early 1950s quite a few people did.  A cottage industry of building pre-fab cabins developed in the Yucca Valley area, and folks from the Los Angeles basin and elsewhere flocked out to the desert and staked claim, bought a cheap one or two room cabin kit and had it set up on a concrete slab.   Its remarkable given that the main road, what is now CA-68, was not paved at the time, and there was no power and no water either.   Yet people still came and set up homesteads.  Most of them failed, but a few seem to have endured and developed into nice homes out in the desert, but I would gather to say that 80-90% never got beyond the basic cabin (sold for a few thousand dollars), and probably were never finalized.

The dry desert heat has preserved them, and they dot the landscape by the hundreds.  At times you can see five or six at a time in small clusters.   Some are falling down, some have been trashed or shot at or set afire, but most are rotting in the relentless sun and wind that continually bakes them like a convection oven.   The day I shot these pictures in March of 2014 it was already hovering in the low 90s.

It makes you wonder about the folks who took on this task (after all it was "free" land), and gave it up and walked away.  In some cases leaving furniture and dishes and all.   No wonder it's called "Wonder Valley."  (More pictures after the cut) 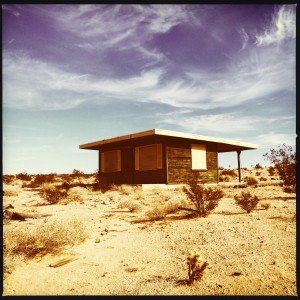 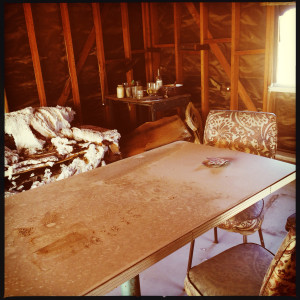 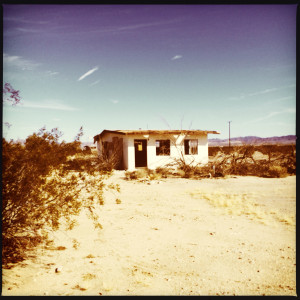 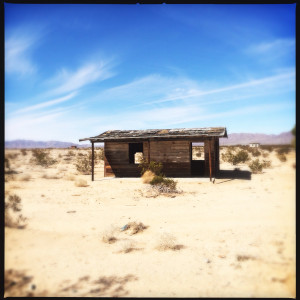 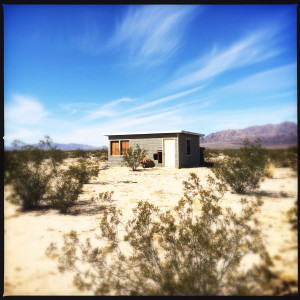