Built along with the rest of the Dual Contract lines and opened in 1918, the active platform at City Hall Station was originally designed to be a stub terminal for local trains, following the pattern in which almost all of the Manhattan subway lines were built. Local trains were to terminate inside the borough while express trains would diverge and cross the river into Brooklyn. The IND 8th Avenue (locals terminate at World Trade Center), the IRT East Side (locals terminate at Brooklyn Bridge-City Hall), and IRT West Side (locals terminate at South Ferry) lines all follow this pattern, as does the IND Fulton Street line in Brooklyn as it was initially operated (locals terminated at Court Street). Here are some vintage photos of the original station long abandoned.. 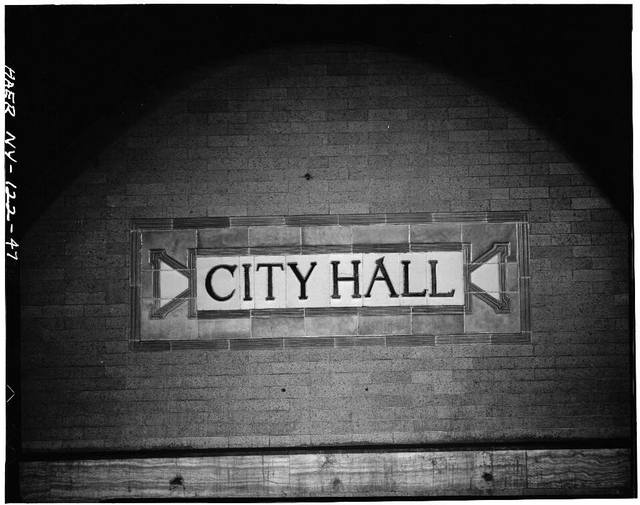 Over the weekend, I learned that the abandoned Cape Fear Meat Packing Co plant in Navassa, NC, was torn down. Months ago, even. It was kept out of the news so as not to draw a crowd. It's been there since 1919, closed since 1923. I heard about it years ago and only found it by playing around on Google Satellite until I found the most likely candidate. In September of 2012, my friend and I finally drove out to find it. It was one of the most beautiful and fascinating places I've ever been, peaceful, eerie, dead, verdant, sad, and lovely all at the same time. I was on the verge of tears when I learned it was gone. We took a lot of pictures that day--unfortunately, on two old smartphones, so not the highest quality ever, but they're all that's left now.

Station: City Hall (Broadway Line) - No Admittance... Here is the second instalment with colour images, but the previous comments in part i also contain a tour video to the old city hall station.
You may be late for a special event or maybe you are running from the law, a wandering vagrant or just a tourist; but you cannot pass, fare or not.. 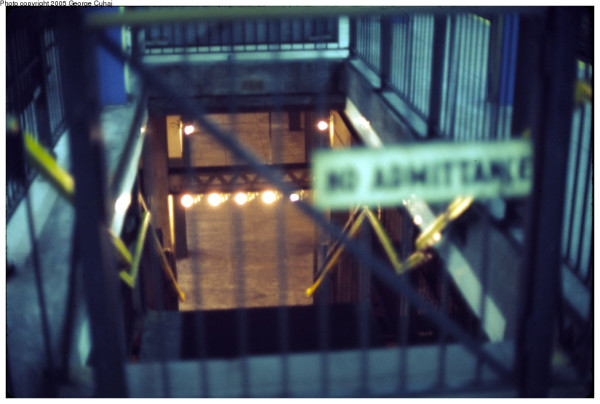 The Transit Museum to the old City Hall Station, decommissioned in 1945. This is a station unlike any other in New York, filled with stained glass, Roman brick, tiled vaults, arches and brass chandeliers. 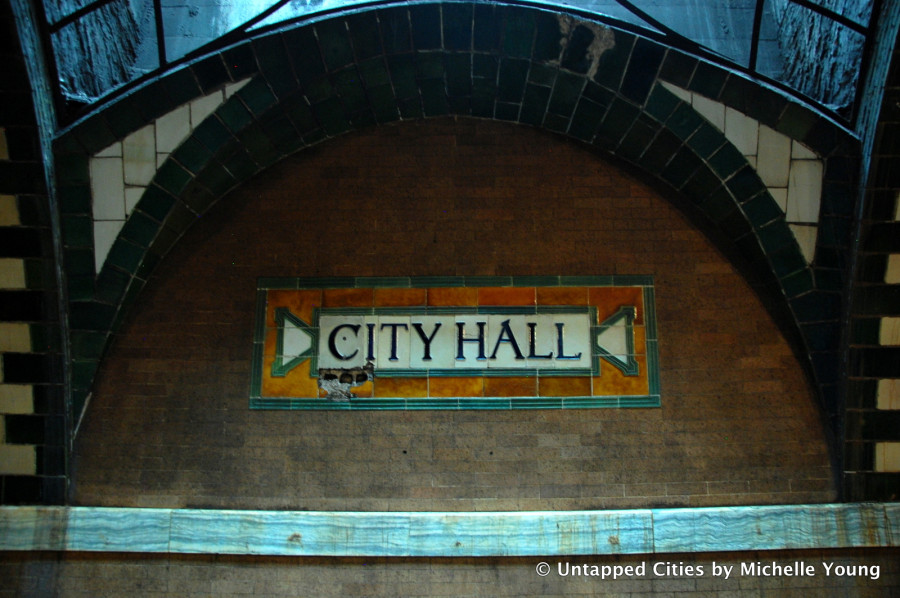 It was once the southern terminus of the Interborough Rapid Transit (IRT), which ran from City Hall to Grand Central, across 42nd street to Times Square and all the way north to 145th Street along Broadway. The design reflects the values of the City Beautiful architectural movement that believed beautiful architecture could engender a better civic society. The main consulting architects on the IRT stations were George Lewis Heins and Christopher Grant LaFarge. The glass skylights were made by R. Guastavino & Co. The station is only 600 feet south of the current Brooklyn Bridge station that houses the 4, 5 and 6 lines. The old City Hall station is 400 feet long along a curve without any straight lines of sight. Fifteen tiled arches support the ceiling along with three panels of glass skylights. The skylights were tarred over during World War II as a safety measure and some are completely missing. A mezzanine area above the platform once showcased an ornamented oak ticket booth which no longer exists. The mezzanine also features a vaulted ceiling crowned by a leaded glass skylight. Rich tones of red brick, green and cream tiles contrast with the blue glass in the skylights, resulting in a stunning visual and architectural feat. link