I had my photography group's meetup here last month. Pointe a la Hache is the parish seat, but since Katrina and the Deepwater Horizon it's almost a ghost town. It's right on the east bank of the Mississippi and the primary business was fishing, so both of those things really hurt the town. There are less than 200 people living there these days, and the only business left is a combination diner/convenience store. (Unless you count the Catholic church.)

The damage to the courthouse precedes the hurricane, though. Some idiot who was about to go on trial in 2002 decided that burning down the courthouse would be a good way to destroy the evidence against him; instead he was convicted of his original crime AND arson. Parish business is now conducted in the town of Belle Chasse; there have been several ballot measures to move the seat there officially but they always get rejected. Sentimental reasons, I suppose. 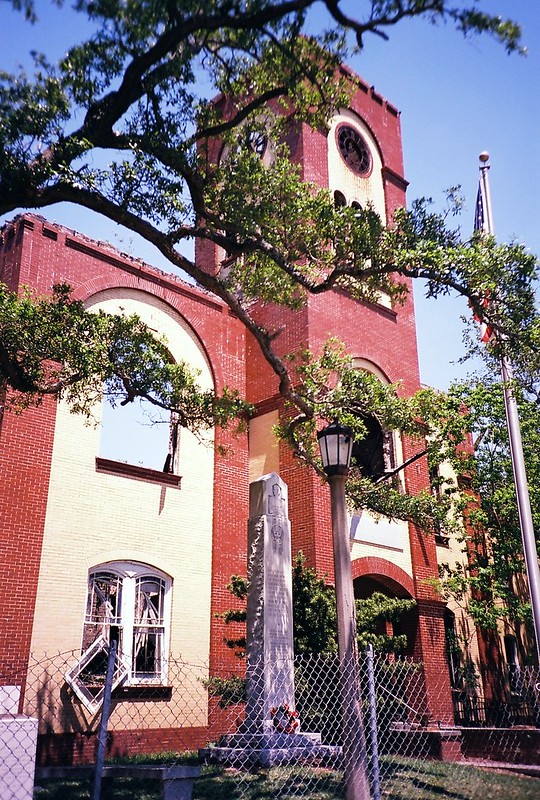 The Dead Cities are a group of 700 abandoned settlements in northwest Syria. Around 40 villages reflect the rural life in Late Antiquity and during the Byzantine period. Most villages which date from the 1st to 7th centuries, became abandoned between the 8th and 10th centuries as the area had been conquered by the Arabs and this meant that trade routes shifted. Warfare did not do for these incredible settlements but economics. The population declined and dwindled to the point that the cities were eventually deserted.
The settlements feature the well-preserved architectural remains of dwellings, pagan temples, churches, cisterns, bathhouses etc.