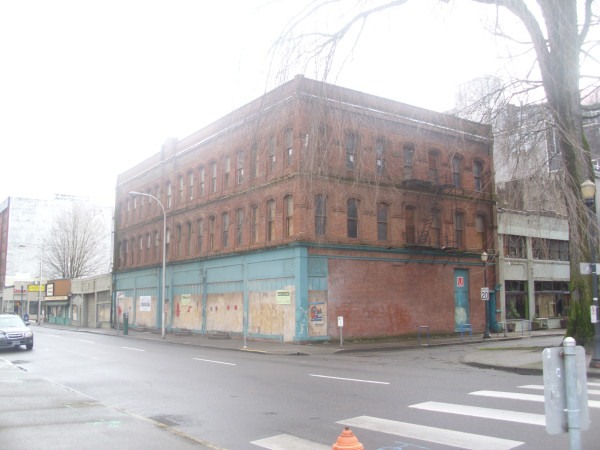 This picture, taken in January of 2014, shows a building on the corner of NW Glisan and 8th Avenue, in downtown Portland. Judging from its architecture and location (and knowing Portland's history) I am guessing it was built as an industrial warehouse when this was the center of Portland's railway and industrial district: perhaps the 1920s, although perhaps earlier.

The district this building was in, now called "The Pearl" was a collection of mostly-abandoned warehouses well into the 1990s, when it was redeveloped, starting closest to Portland's downtown and eventually converting all of the area. This building is one of the last, if not the last building, in the area that has not been torn down or remodelled into condos. I find it interesting that there are still "abandoned places" even in the middle of rapidly development.

Also, if anyone has more specific information about the date and purpose of this building, that would be interesting!
Collapse