A few broken towers overlooking the ocean, between a white sand beach and a stone row. A few broken walls on the moor, half covered by ivy. These are the only remains of the manor of Coecilian, built in early 20th century by a french symbolist poet, now forgotten, Saint-Paul Roux.

The first name of the place was "manoir du Boultus", but Saint-Paul Roux renamed the place after his son's name, killed at war in 1914. One war later, a night of june 1940, a german soldier invaded the manor, raped the family's governess, injured the poet's daughter, Divine. Saint-Paul Roux himself escaped death in the incident, but while he was in town, watching over his daughter, the manor was plundered and burnt, with all the writer's manuscripts. Saint-Paul Roux never recovered from that, and died soon after, at the hospital of Brest. 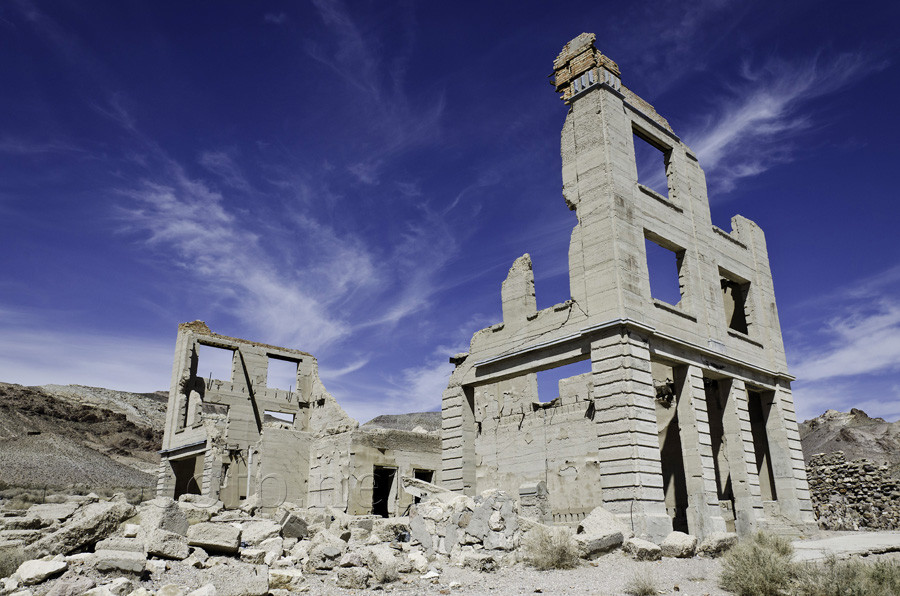 On the edge of Death Valley lies the ghost town of Rhyolite, Nevada. ( Collapse )
Collapse