I found these in another file. They are more shots of American Flats, may she rest in peace. These were taken during the summer about thirty years ago. 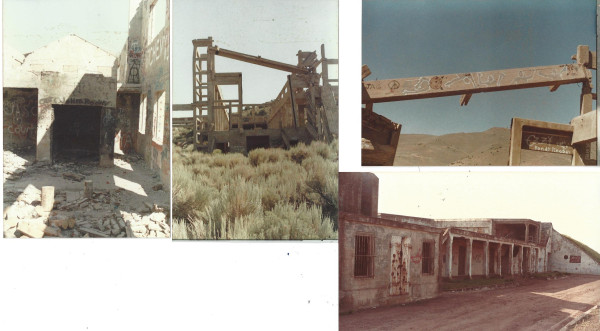 When I first moved to Seattle, I lived in Chinatown (International District) and soon learned the history of what the locals called the Wah Mee Building. It began as a hotel with a nightclub in the basement, accessed off Maynard Alley. This Wah Mee Club was also a private, secure gambling establishment where patrons played for the highest of stakes.

Over the decades, the building became more seedy and the upper floors became vacant. The Wah Mee Club was prosperous, though, until February 18, 1983. Three men entered the club, tied up all 14 patrons, gunned them down and robbed them. One victim managed to get outside and summon help. It was the worst mass murder in Seattle's history.

After the police were done, the owners padlocked the door with a heavy chain and nobody entered the Wah Mee again. Everything was left as it was; the blood wasn't even cleaned up. A friend told me that it was believed that the spirits of the dead occupied the former club. I cannot speak on that but I have yet to see any interior urbex shots taken post-1983. Out of respect for the neighborhood, I left it alone as well :)

On Christmas Eve 2013 I was headed from work to catch my train at the Chinatown Station when half of Seattle's Fire Dept. roared by. The Wah Mee was on fire! The fire raged throughout the night and crews remained on scene for days afterward. No cause could be determined and due to the damage, much of the building was demolished. The front was saved, though, and the owners plan to rebuild.

And maybe the dead can rest at last...