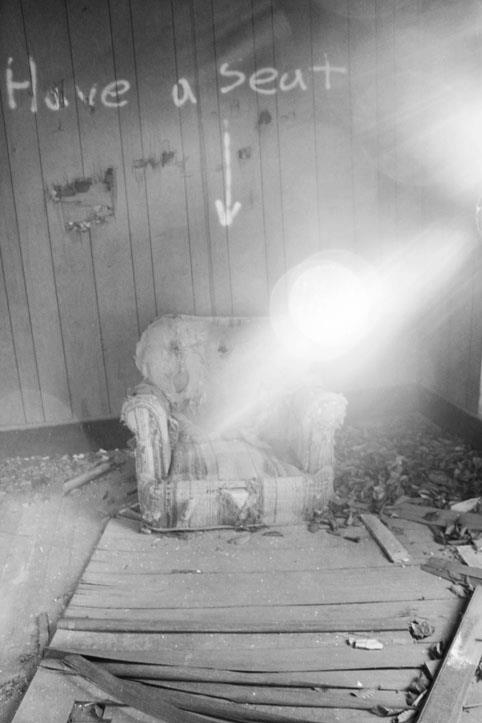 This image was taken in the backwoods of North Alabama. I was taking engagement photos for a couple of my friends, & we chose a broken down old house that two of us had already spent time in when we were younger. It had been years since we had been there, but we knew exactly where it was regardless of the fact it can no longer be seen from the road. Walking into one of the front rooms I saw the ripped up chair w/ fitting graffiti, at that moment the clouds moved & the sun shone through the window___ just as this shot was being taken. It was published by Stray Branch, a literary art magazine, along w/ a few other shots (none of my writing was published in that issue). Hope you enjoy!
L.W.

(I got some comments about the image not showing originally on this post, so I changed some of my settings, then came back to this post & tried it a bit of a different way. Hope it works.)
Collapse