We discovered California Valley during our hot air ballooning days(Whammobass). It was a great place for it as there were dirt roads all over the place, but very few structures.

The history of CV is varied, but we came to know it as the site of the first major land fraud in the state. In the early 60's (and during the height of the Cold War), it was touted as being a safe place from the fall out from Los Angeles or San Francisco. Some guy, whose name escapes me now, bought up the valley for pennies and then came in with a dream. He conned the local services into running electricity into the area, convinced the state to put in roads, added a motel and a landing strip, then put the lots up on the market.

People were eager and over half the lots sold before anyone realized the major problem - there is no potable water in the valley. The banks finally stepped in and announced that the only way to get rid of this property was through inheritance or abandonment. Most people just walked away from their property. The realtor skipped town and was last thought to be in Mexico.

The population of CV is seven, mostly hermits. We stayed in the CV lodge - talk about shades of Bates! I found these while sort photos. We must go back one day and get proper photos. 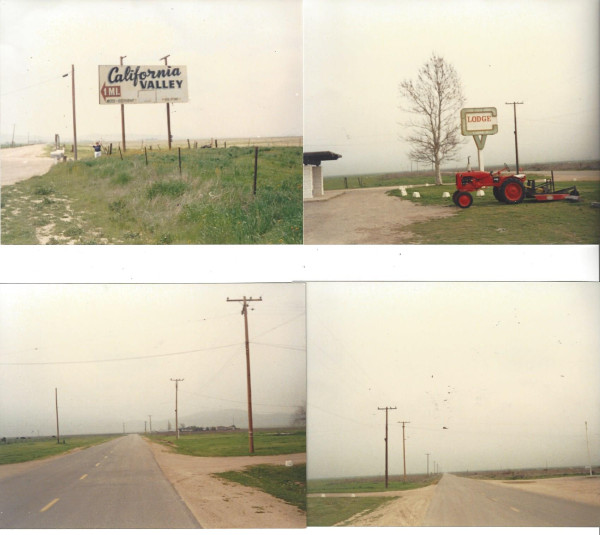 The thing that is notable in the last two shots is that I was standing in the road and snapped going in, then turned and snapped going out. As far as I know, the Lodge is still dragging itself along as the area is very popular in the summer with bird enthusiasts and I think Whammobass still gets together every October. At least no one can complain about the traffic. 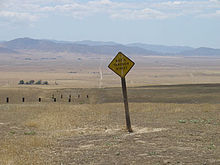 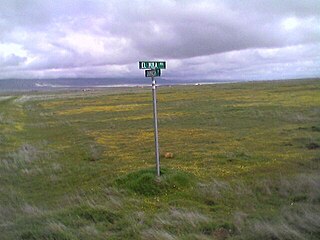