Château Miranda, also known as Château de Noisy is a 19th-century neo-Gothic castle in Celles, Belgium. The Liedekerke-Beaufort family commissioned the English architect Edward Milner to build it in 1866.
The castle remained occupied by the same family until World War II when it was taken over by the National Railway Company of Belgium (NMBS) who used it as an orphanage until 1980.

The building has stood empty since 1991 and has fallen into disrepair. The municipality of Celles have offered to take over the building but the family have refused. As of now (2015) it is still in a very derelict state and has become a favourite venue of urban explorers. 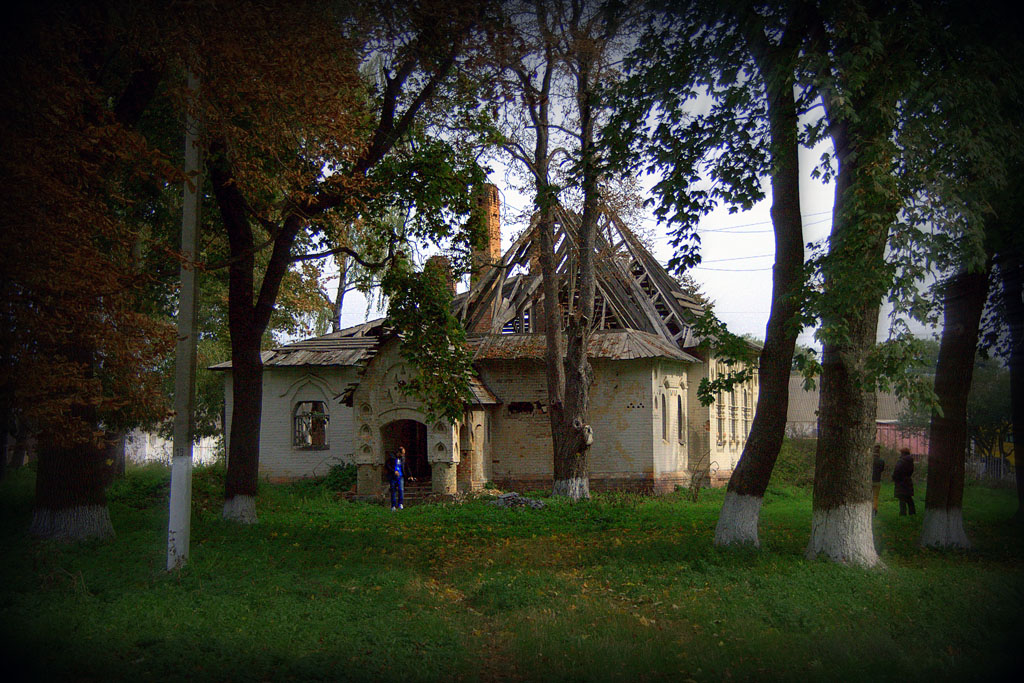 In Parkhomovka near the Temple of cover Presvjatoj of the Virgin is House of the priest. Looking at this with horror we begin to understand that the temple would now be in the same condition. In 1987 Svetoslav Roerich in USSR celebrates Indian culture, afraid to be recalled by Moscow to the COMMUNIST PARTY CENTRAL COMMITTEE, quickly assembled restorers from all over Ukraine. Yet did not restore the temple.

At a time when the House of the priest began to repair the roof, it became clear that Gorbačev with Svyatoslav Roerich in Parhomivka would not come around. It happened at a time when the Church was restored, whereas the restoration of the House of the priest stopped halfway. Boards for the roof over the porch were already added, but not cut or set. Since then, it has been nearly three decades, and boards and still not completed.