In this post suggest to take a tour on the looted the port city of Komsomolsk-on-Amur.
The reasons why he became such pererastayut will not – this has been said quite a lot and not in a single article. In a nutshell, since 2005 after the privatisation, the port was purposefully bankrupt its management and shareholders with the aim to profit from public property. The courts are still ongoing, but the processes are somehow frail, and so the plundering of the accused continues today. This time, more barbaric methods. One result - free with 2014. access to sensitive strategic facility, once taking a direct part in delivery of the North of Khabarovsk Krai.
Details can be found, for example, here in these recent articles:
Вымерший порт (Ю. Ковалёв);
Так будем мямлить или называть вещи своими именами? (Ю. Ковалёв);
Мутные воды Амура (А. Супрун).
1. New river port of Komsomolsk was built in 1987 In this photo, his office. First, let's look inside, and then a little walk through the port area.
Office: 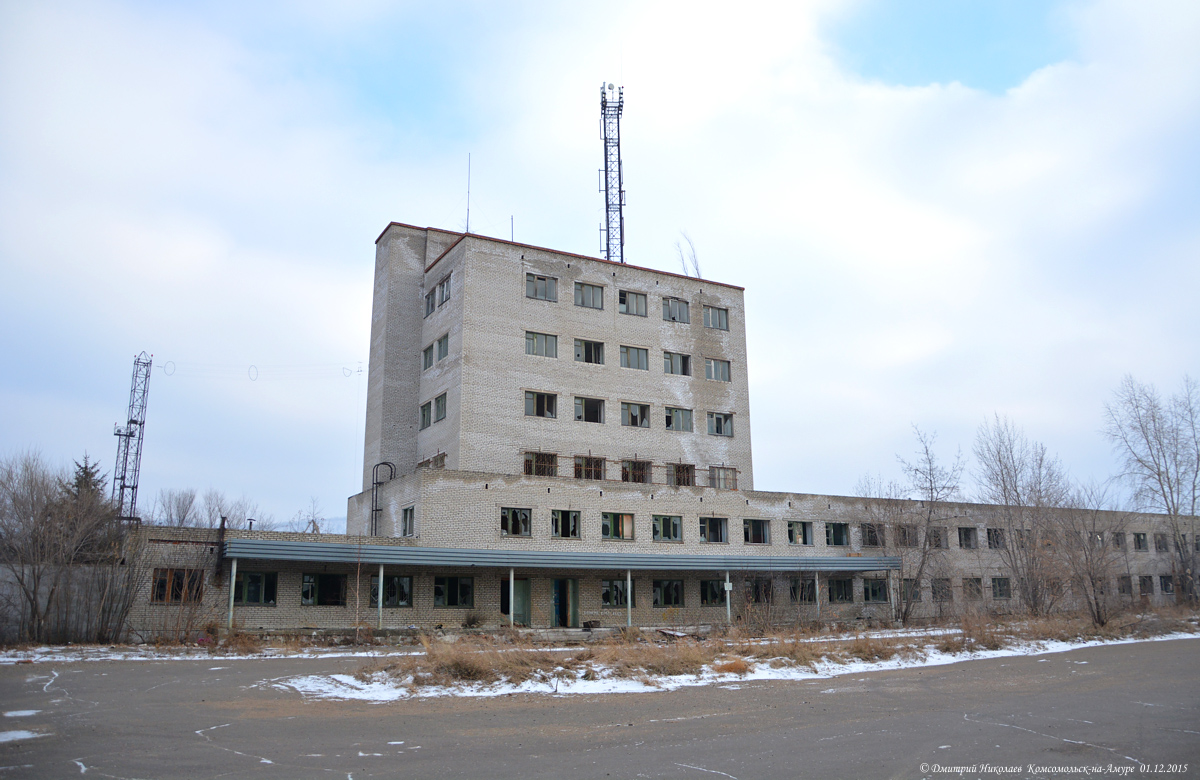