Beautiful abandoned palace significally bitten by decay but still hiding a stunning sight inside that won't let leave this place easily. This is something that definitely makes it worth to enter a park in Bratoszewice, a village in Poland.
This French Renaissance-style palace, built in 1921-1922 (finished in 1927), belonged to the Rzewuski family and was used as a summer residence. After the World War II there was an agricultural school built nearby and the palace was turned into its main office. Even now there're still some things left inside reminding the times when the school was there - like old books and documents.
In 1985 the palace was destroyed by the fire. The renovation was started after that but it was discontinued. Today the building is abandoned and decay little by little turns it into ruin.
Apart from a specific charm common for most of abandoned places, the main thing making the palace so impressive is a patio with old decaying piano. Taken together with old arched doors around, elegant columns on the walls and climbing plants overtaking the place it creates breathtaking scenery inside that stays in the memory for a long time after leaving the palace. 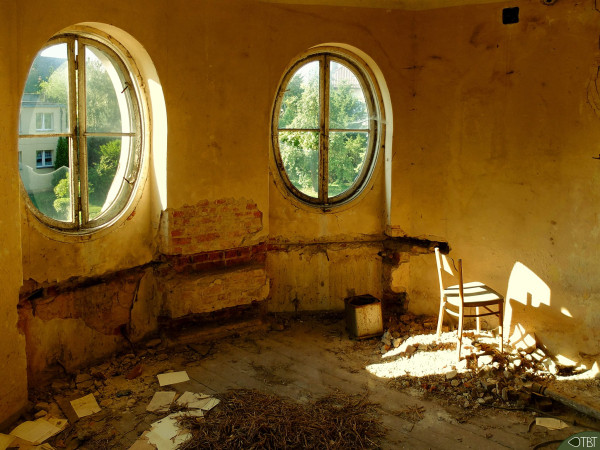