On Sunday, April 30th, 2000, at 4 p.m. local time (0500 GMT), the ship struck a large uncharted rock or reef in the Sandfly Passage, Solomon Islands. Captain Oliver Kruess sent a distress signal, which was received in Honiara, the Solomon Islands’ capital city. A passenger ferry was dispatched to the ship and all passengers were then transported to safety. The captain then brought the ship into Roderick Bay after the ship began to list 20 degrees and grounded it to avoid sinking. After underwater surveying of the ship, the World Discoverer was declared to be a “constructive loss”. The ship has remained in Roderick Bay ever since. There were no reports of any oil, petroleum or other pollutant spills as a result of the impact. 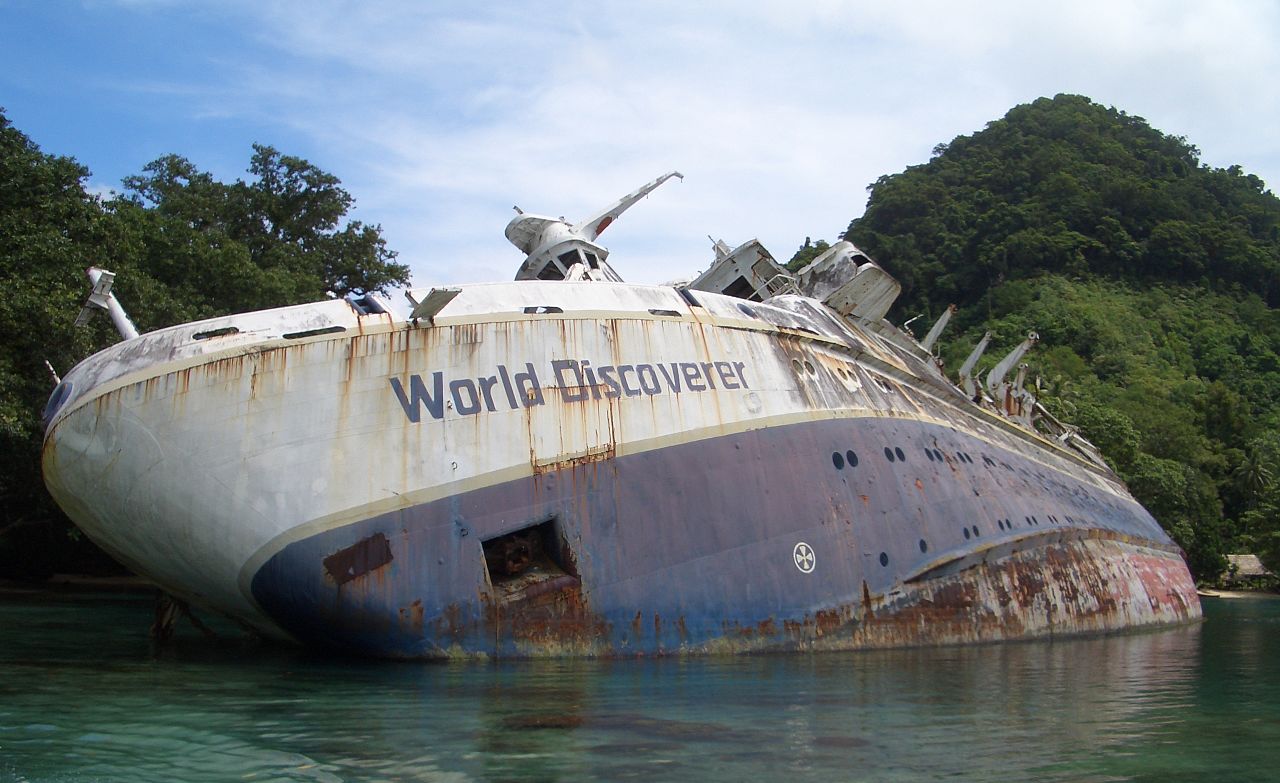 The MS World Discoverer was a cruise ship designed for and built by Schichau Unterweser, Germany in 1974. During construction called BEWA Discoverer, the ship was completed in Bremerhaven, Germany. The vessel was originally built as the BEWA Discoverer in 1974. The ship was sold to BEWA Cruises out of Denmark. In July 1976, the vessel was sold to Adventure Cruises, Inc. and was renamed the World Discoverer. The ship also became a long-term charter to Society Expeditions.