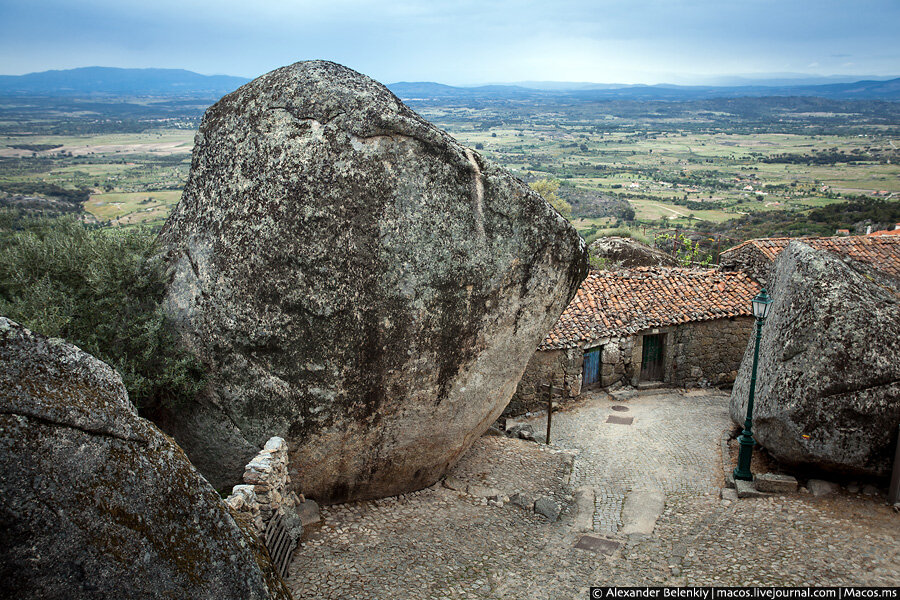 The ancient giants played with stones, as if in a ball, then disappeared. When people came here, they built a village around the boulders: whose mass often serve as walls and roofs of their homes.

The tiny town of Monsanto in the backwoods of mountainous part of the country referred to as the most Portuguese throughout Portugal. Moreover, this official title. Giant boulders scattered across the surface of the holy mountain-so pervoditsâ "monte santo."

The streets of Monsanto look exactly the same as a hundred years ago. Electricity and running water have been introduced, successfully and almost imperceptibly blended into the stone history of the village.