Hello all! It's been ages since my last post here, this is mostly due to the tremendous effort that Christina (for those unaware, Christina is my girlfriend, partner, and adventure-companion of the past ten years) and I have been putting into our website Antiquity Echoes. That said - I wanted to get back on LJ because said website actually got its start as a Myspace blog and here, as LJ entries in this community. If there's anyone left from those ol' days, you all have my sincere thanks. This group truly helped us to form the concept that now drives our work.

Back to the topic at hand, this latest entry features the abandoned Randall Park mall, a massive building that, at one time, was the largest mall on the planet. Unfortunately, due to the complex way in which we now lay out our website, i can no longer simply copy-paste our entire entry and share it here. Everything breaks, images get way oversized, and margins go absolutely to crap. So, what I will do is share our writing, video, and small selection of images. I will place a button at the bottom of this post that brings you to our website, so that those interested may see the entry in its entirety. Now without further ado...


Randall Park Mall
We've been on the road for ages now, all throughout the day and now well into the evening. It's dark out, and this particular patch of Cleveland's urban sprawl was looking pretty depressed as it passed by the car windows. We noticed, as we continued on, that there were fewer and fewer working street lamps. We eventually found ourselves traveling down a very straight and ominously desolate patch of four-lane highway, and that's when we finally saw it. The form was far away in the distance, just barely visible in the inky night, positioned at the far end of a massive paved lot that was utterly without light. This was our first glimpse of the Randal Park Mall, the corpse of what was once the largest mall in the world. 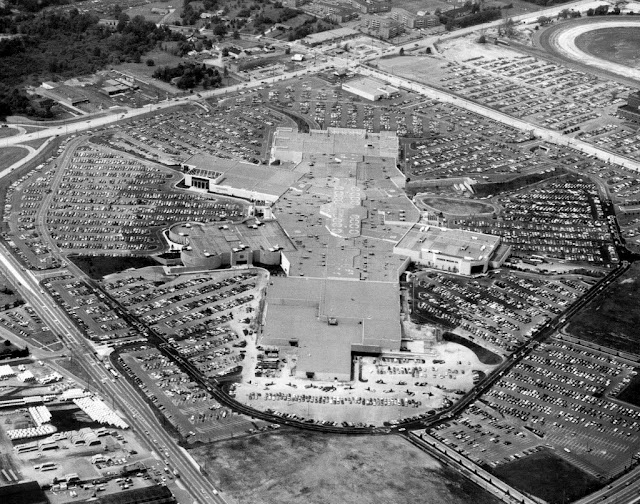 Seeing such an immense mass sitting out in the darkness like that was indescribably eerie, especially when understanding that what you were seeing was just a small part of a far larger entity. We put the mall behind us for the time being and took to our phones to locate a place to spend the remainder of the night. We ended up staying only a half mile up the road, in a motel that seemed safe enough to trust with our lives. We fell asleep watching awful infomercials, with the alarms set for early morning.

All too soon we are awakened by our phones chiming away on the bedside table. We quickly washed up and set forth with our day. The sun had just recently rose, and the coolness of the past evening was still lingering in the air as we made our way across the seemingly endless plains of pavement that used to be the parking lot. Large swaths of grass grow up through the cracks and holes. This place has only been abandoned since 2009, but already it looks like it could have been shut down some decades ago. Up ahead stood the mall, though less foreboding than it was under the blanket of night, it remained highly imposing. By the time we made our way inside the building the residual coolness of the previous night had completely vanished, and heatwaves were beginning to emit from the asphalt we were hiking across. We were not saddened to leave the intense sun and heat behind for the cool shaded interior of the dead mall.


We were expecting to need time to allow our eyes to adjust the the dim interior, but the building was surprisingly bright inside, the result of numerous massive geometric skylights that gave the entire complex a strange kind of retro sci-fi aesthetic. Each skylight had a huge support column that reached from the floor all the way up to the center of the giant glass formation on the roof. All around lay remnants of the past businesses which used to operate here. It was exactly the vista one would imagine when pondering the phrase 'post apocalyptic'.
The sounds of crowds and bustling shoppers had long vanished, and in their stead was found an overwhelming silence. One that was only ever broken by the occasional dripping of water from the many leaking portions of roof. The planted trees which once grew beneath the mall's many skylights have all withered up and died, and whole portions of the mall's wings now stand in eerie darkness. It was in one of those shadowy wings that we began our day with a rather awful experience.

After scoping out our immediate surroundings for vantage points, we set up our cameras to begin shooting. Before we got very far though, our curiously beckoned us away. Close by to where we stood, a door to the maintenance corridors stood ajar. We ignored it for some time, but eventually we could no longer resist seeing what lay beyond, and decided to quickly step inside and see where it led us.Most every mall has these hallways, they are simply a series of skinny passageways that allow workers to traverse the mall away from the public eye, typically running behind the inner walls of shops. We began wandering down one such passage, and made it quite a ways in using ambient light alone, but that changed the further we progressed. The hall was flooded, and the murky water was beginning to seep into our boots. Though likely this hallways was only dimly lit when active, without electricity it had come to be pitch black. We took out our lamps and shined them out in front of us. They pierced the blackness, revealing thousands of cockroaches which carpeted the walls, creating what looked like a single massive pulsating mass of legs and exoskeletons. In an instant they all scattered, frightened by the sudden illumination of their perpetually dark home. In a literal wave they ran toward the ceiling, behind doors, into vents, and wherever else they could retreat. Suffice to say – We exited very quickly after that, but also very carefully now that we were aware of what was dwelling (and watching) all around us. Though thoroughly shaken, we continued with our day the best we could, making a point to give a wide berth to all ground level maintenance hallways or doors.

What a cavernous place Randall Park was. Every sound we made, from footsteps to the simple 'clack' of our tripods extending, echoed over and over through the vast, empty space all around us. It was also unsettling, in no small part due to the fact that holiday décor could still be found throughout, all brightly standing in surreal contrast to the gloom that hung in the air alongside so much metallic tinsel. If you stood perfectly still you could very nearly hear holiday music coming from the mall PA system, above the false Christmas trees that still adorned the common areas, and oversized props of wrapped presents which were strewn randomly about. The entire mall had come to be a ghost of Christmas past. 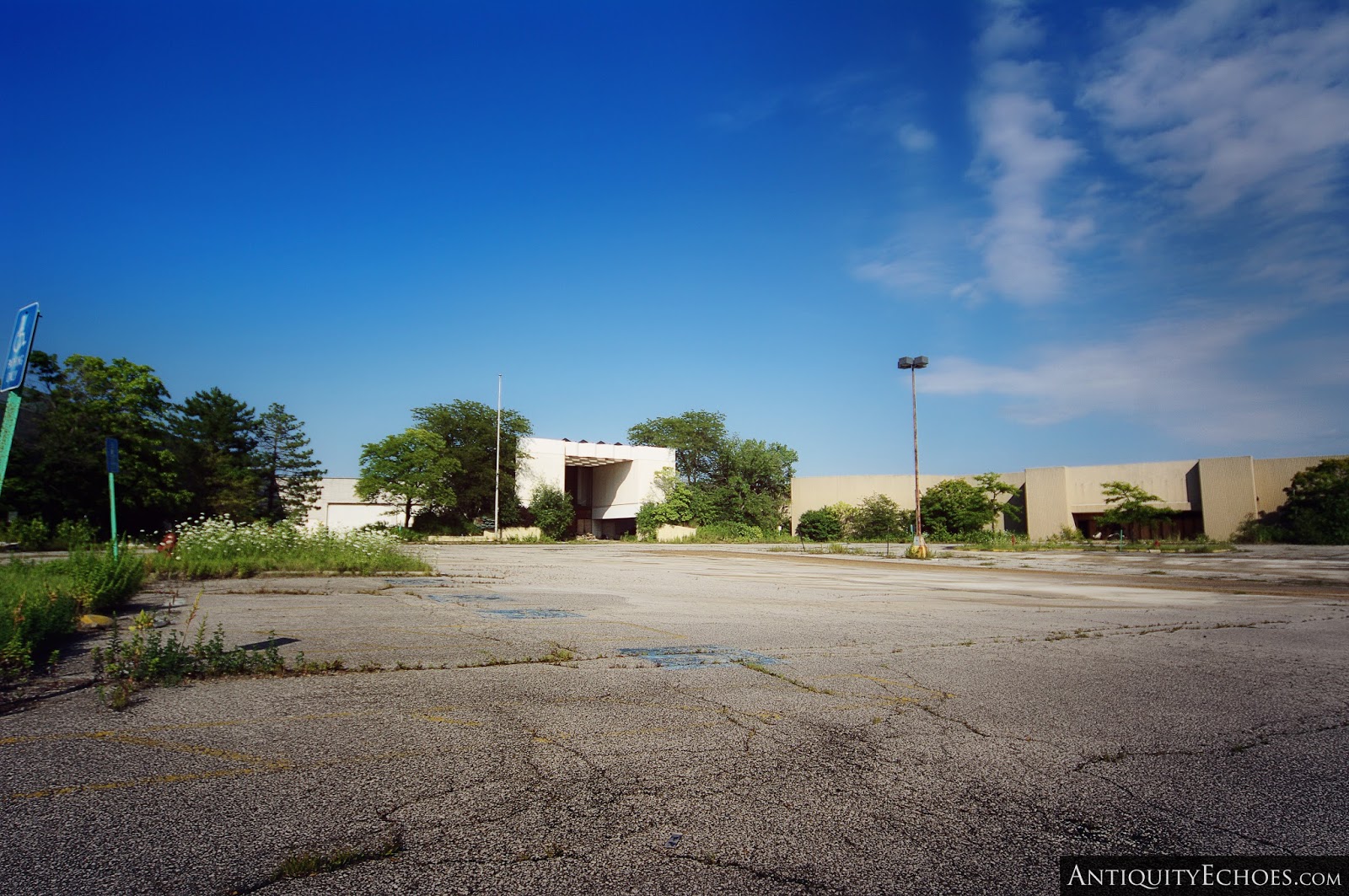