One more decaying house, and one more gloomy story. A movie that is going to the end, its final scene, a tragic one, and predicting no ‘happy end’. That is, in a few words, a story of one of a plenty abandoned houses in Poland—no matter how sad, still intriguing to get to know it. In general, decaying cabins are always a mystery, as you can never know what you will see inside, and this one was not an exception. The entrance of the house was hidden behind thick bushes and led to a gloomy hall. However, the atmosphere was even gloomier in the rest part of the building consisting of a couple of rooms. 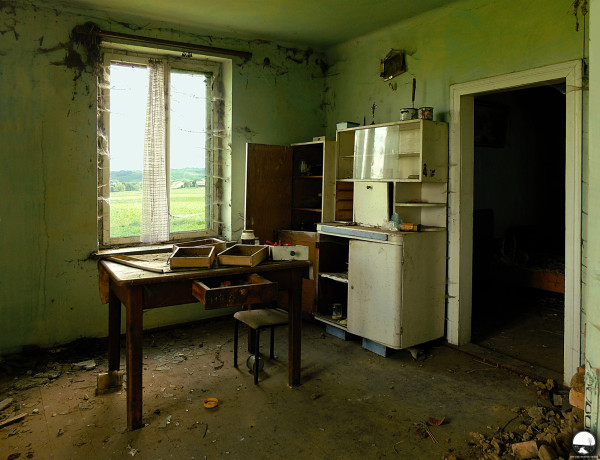 More about the place on my page:
http://stepoffthebeatentrack.com/2016/12/19/the-abandoned-house-the-final-scene-poland/
Collapse