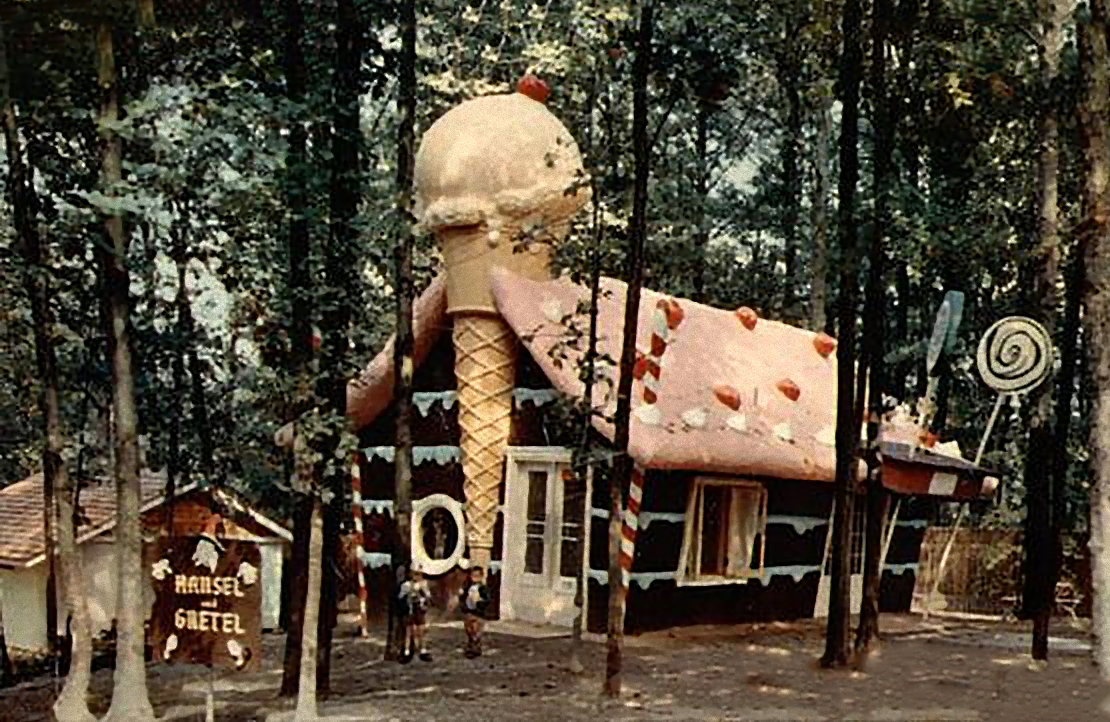 In these woods lie the ruins of a kingdom long fallen. Dotted between the trees can be found battle-worn fragments of the domain which once claimed these lands. They stand sparsely in number and frail in form,  reduced to nothing more than gnarled echoes of what they once were. Time has laid upon these lands an unrelenting siege, and through it, a new kingdom has arisen. One of trees and briar. In a previous era, under a  much different reign, things were brighter here. There was a life well beyond that of the woodland animals which now roam these parts. A home to fables and legends, a kingdom built upon a bedrock of fantasy. It was called the Enchanted Forest.

Opened in 1955, this bygone theme-park once sought to offer a travel destination to families seeking something a bit more fanciful. Claiming a  tract of property in Ellicott City, Maryland, a vibrant castle arose surrounded by rides and attractions based upon nursery rhymes and fairy-tales, a dominion which eventually spread out over 50 acres. At the peak of its popularity, this province of whimsy saw some 300,000  visitors passing through the castle gates every summer.

We ourselves never knew this past existence, as our visit to these grounds took place long after the fall. For decades the property had sat without rule, save for that of nature. The few holdouts which remained had long lost their colors. Faded and peeling they stood less as relics and more as somber reminders of far better times than these. The canopy of the now-wild forest had grown to shadow much of the old park,  replacing the light with dappled darkness. A lagoon, once clear and flowing now sat motionless, covered in a thick layer of emerald algae.  The clamor of life has all but ceased in these woods, leaving in its stead a fierce nothingness that is both nowhere and all-surrounding.  Still, at the center of all this Cinderella's castle still stood.  Broken, distorted, and draped in ivy.

Though the forest may have won the day in Ellicott City, overrunning  what remained of the old park and returning it to the earth, it could  not claim victory over the spirit of the Enchanted Forest - Beginning in  2005 preservation efforts began on the besieged property, spearheaded  by the 'Enchanted Forest Preservation Society', who ventured in to save  and restore whatever they could reclaim from the devastated kingdom.  Today the Enchanted Forest lives on, standing in renewed magnificence off-site at 'Clark's Elioak Farm',  which is located close to where the original park once stood. Many of the rescued pieces have been fully restored, and are on display for a  new generation of families to enjoy. Whatever did remain on the original grounds were razed in 2015. 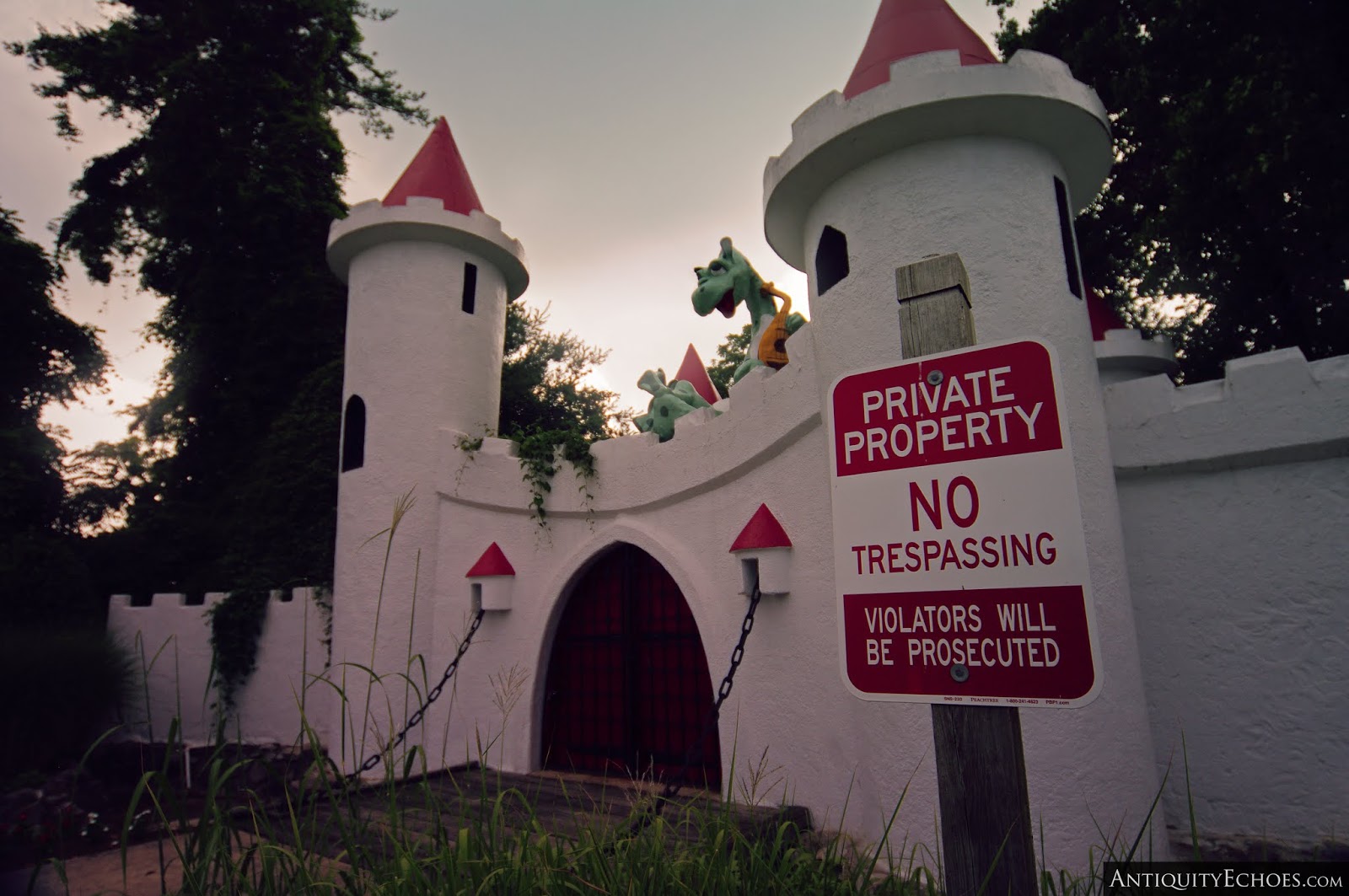