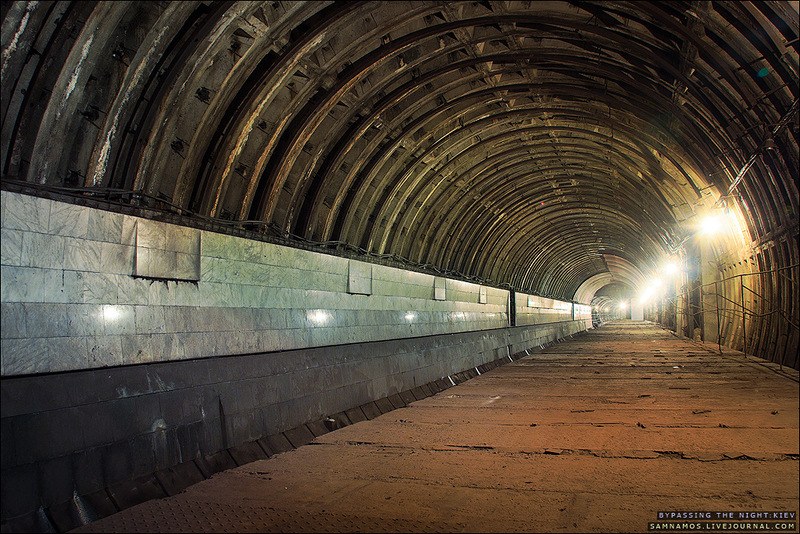 In the Kiev subway many interesting places, about the existence of which, few people know. For example, two unfinished mothballed station part of the existing lines, through which trains pass each day without stopping, and the only system of connecting branches through which is the distillation trains to other metro lines.

System connecting branches. Trains go here very rare, and most of the tunnels are covered in any time. Congress in ST. The left path goes toward the station
Khreschatyk, right toward Klovska. To the right of the hood ventshahty. 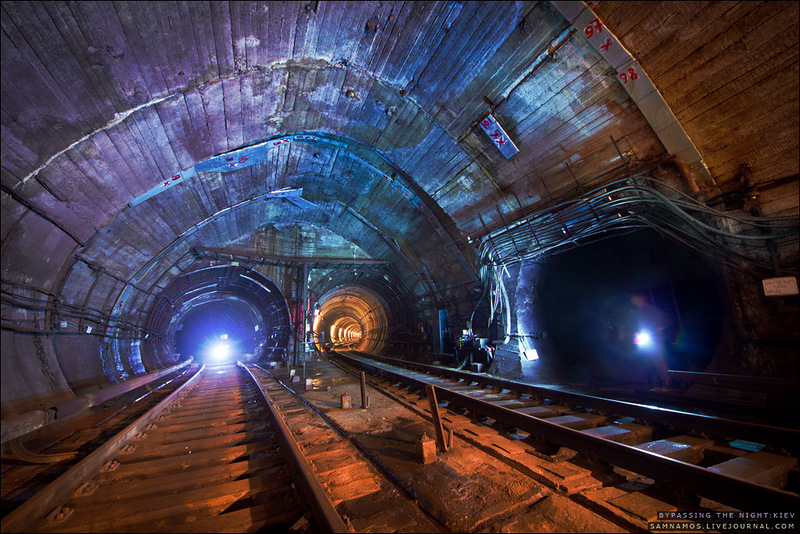 Most major congress - the tunnel profile, resembling an onion. View to the tunnel leading to the Congress for the Independence Square station. 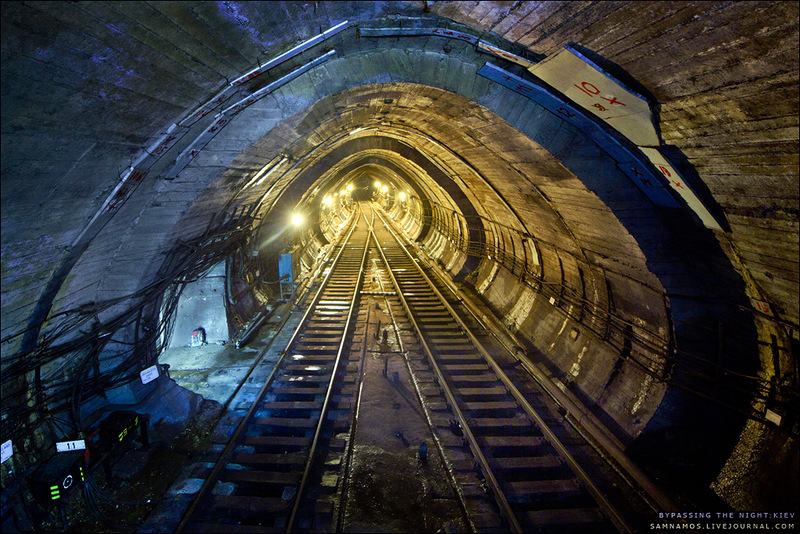 Congress to existing tunnels for the station Klovska. 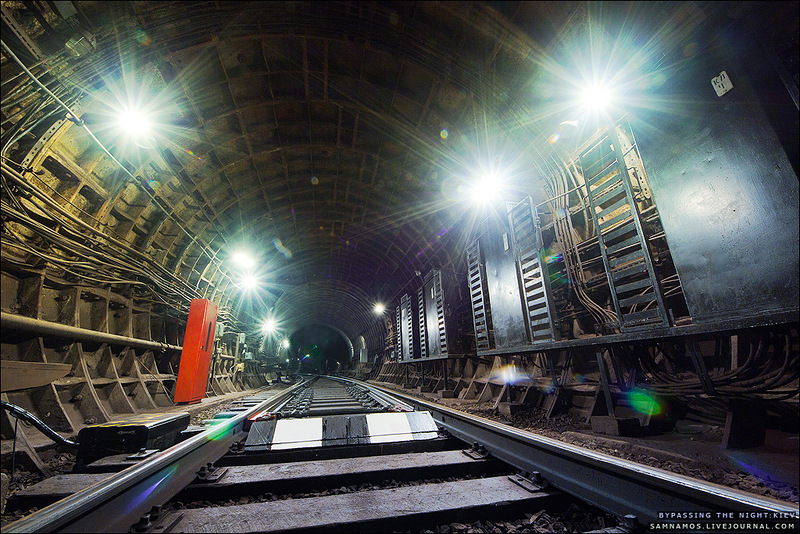 The next place where we go, will be one of two mothballed plants in the functioning liniy - Lvovskaya brama. Construction of the plant began in 1991, but due to lack of funding and lack of a comprehensive solution of the reconstruction project of the Lviv area, where it was placed out of the station opening date repeatedly transferred. Finally, in 1996, the site was launched Golden Gate - Lukyanovskaya which Lviv Gate and was not included. Now local authorities predict the opening of the station in the second half of 2013, but no work on the top of the escalator naklonnika penetration, exactly as for finishing the station so far conducted, and did not start.

Passages in the main lobby are covered with thick iron sheets, and the doors are locked from the inside. On duty at the station. 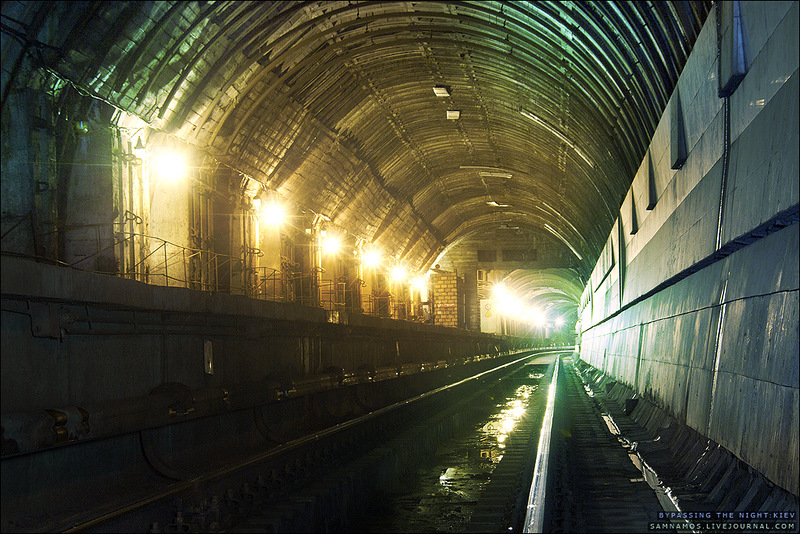 Ventilation shaft. Behind is an extract from ventshahny № 224. Recently, on the site of ventkioska, decided to build an office and administration building, and the hood built into the facade. Construction work is already underway, and now the building is almost complete in the construction. In early stroitelsva building in the first place was built mine kiosk. According to the new regulations should have built an exhaust hood above the roof of the building. In early stroitlstva stand looked like this. 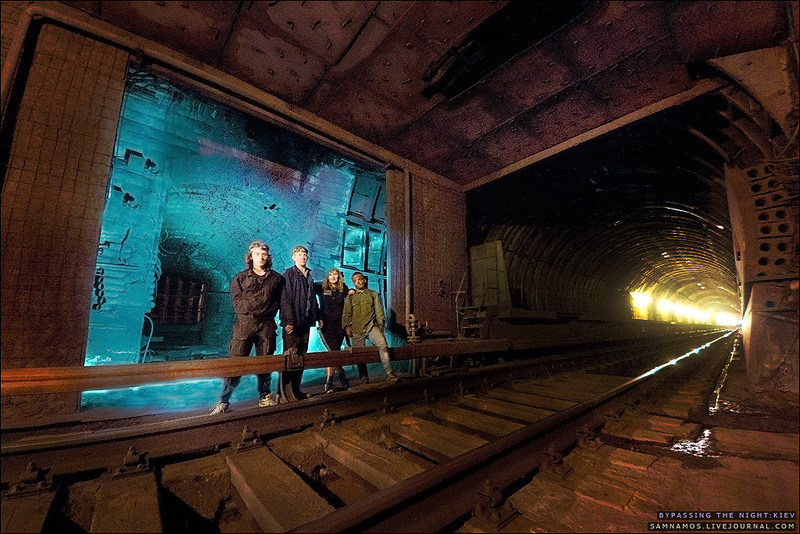 The second station is closed in the same line - Telicka. The station is two-span, fine bedding. Construction of the station is also the beginning of 1991, but after a couple of years, it was decided to put the station on the conservation of the same reason - lack of passenger traffic and the presence on the territory of the industrial building. Following the restructuring, many enterprises off the production and passenger sharply lowered. In the near future, near the station, is scheduled Construction of business center. It is quite possible that the opening of the station will be relevant, but still prospects uncertain. Outputs from the station will be located in the center of the platforms. The photographs show zadelypod them. This type of station is very common in the Paris Metro. 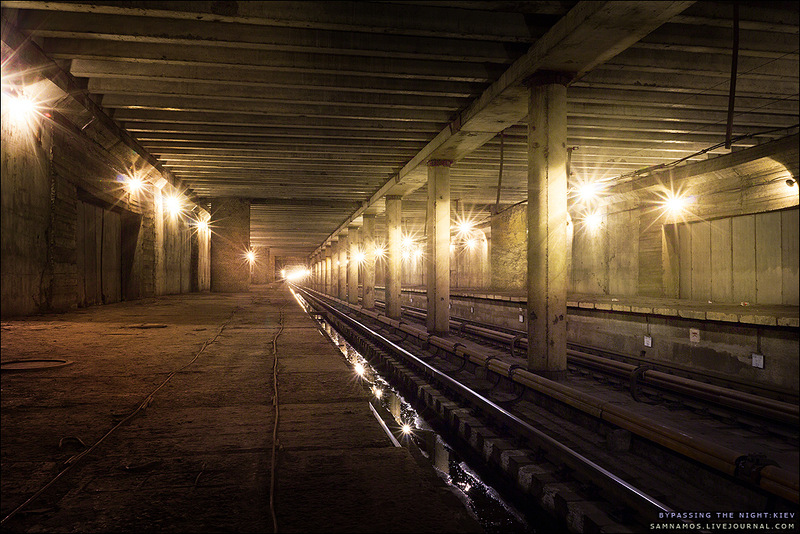 After about 400 meters, the station goes to the open portion extending to the South Bridge. 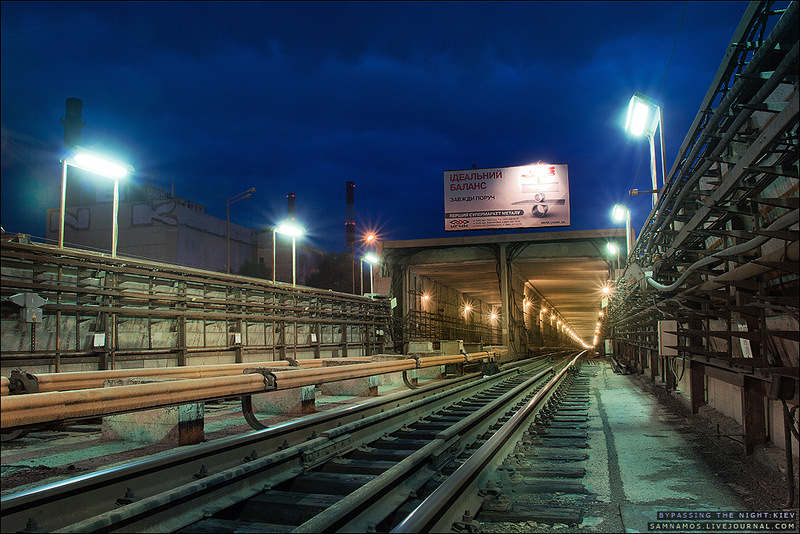 Southbridge. View of the bridge in the afternoon. 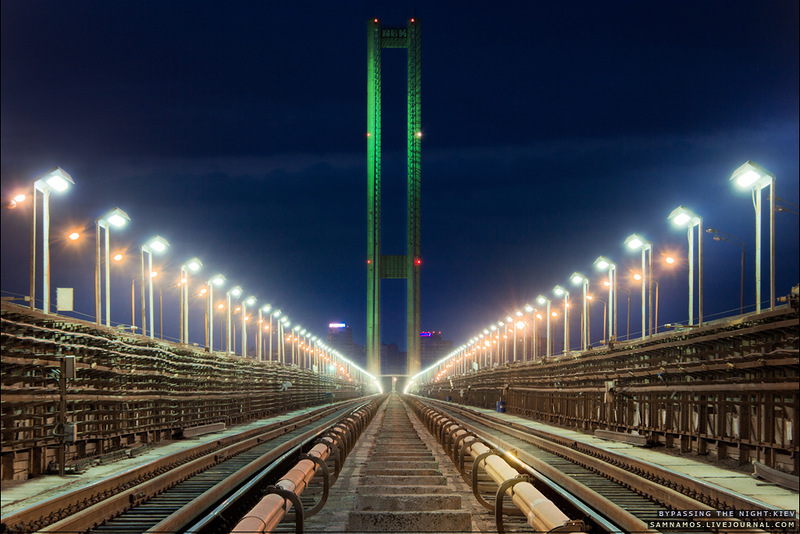 There was, in the project, is another station on the same raw-Pechersk line with the project name - Herzen. But it was abandoned during construction. The basis of the task in the construction of the station was unloading passenger traffic at the Kiev Motorcycle Plant. Construction of the well was carried out in heavy 90th, when the plant down its activities, which, in turn, greatly influenced the decline of passenger traffic in the area. The station was built exactly one-third, from where it was dropped, and the place ready reserve, built a combined traction-substation (STF). Now, on the stretch Lukyanivska - Dorogozhychi, you can see two narrow platforms with an emergency exit to the surface.
Subscribe to me. The end.