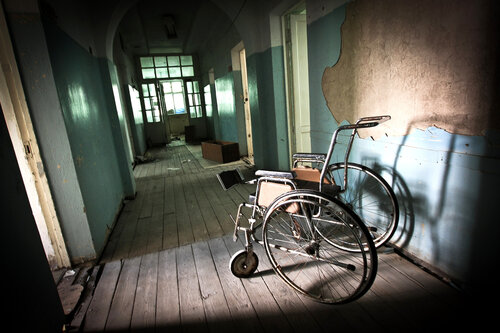 Hospital located in several of the remote town of Moscow in the former military base. Even more impressed not the building itself, and the atmospheric and ice-basement bomb shelter. Most interesting is that the pictures that we have seen before, in the hospital it was quite intact. And when we arrived and approached the building, they saw a void. Apparently, security or local hooligans threw all the stuffing outside the hospital in the window. So we had to wander and look at what's left. After inspecting the building, came down to the basement, and then - on a fairly long tunnel - in the atmospheric air raid shelter with a bunch of rusty junk and medical operating theaters. All time top came the cries of some local high school students who had organized the game. At the site, we were not very long, but we have quite enough.

1. Let's start with the examination of the operating room. Lamp welcomes guests. 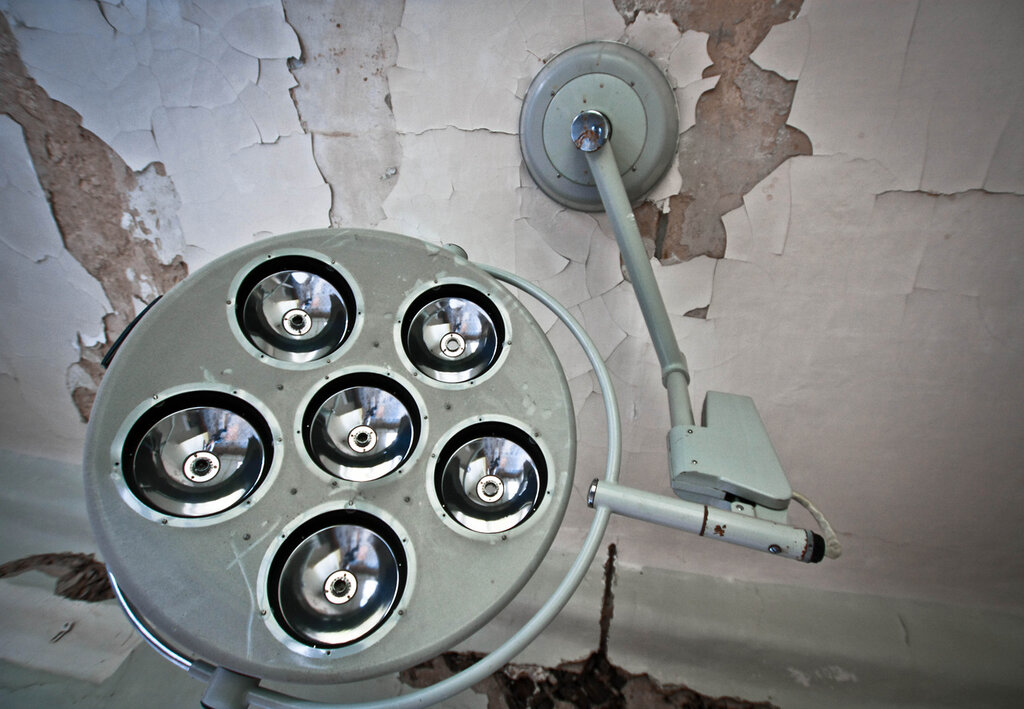 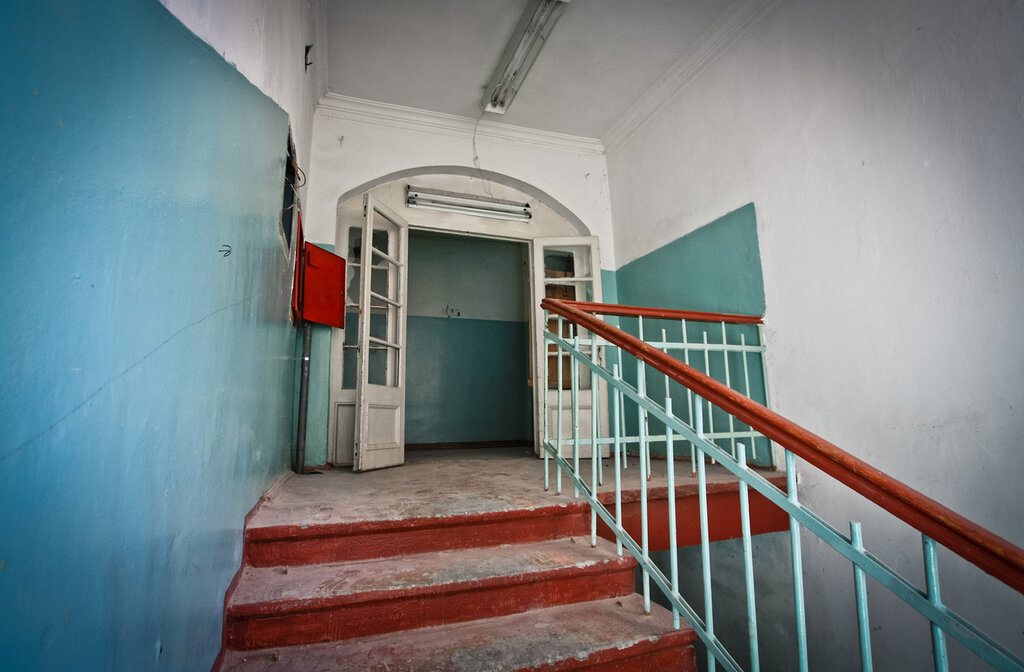 3. On the ground floor near the main entrance. 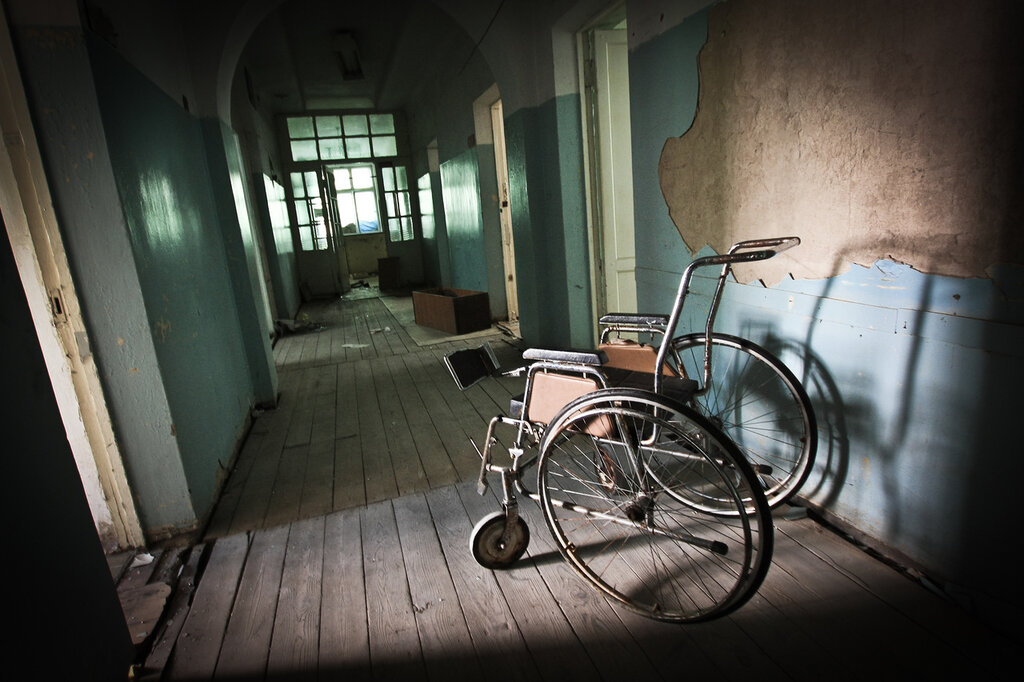 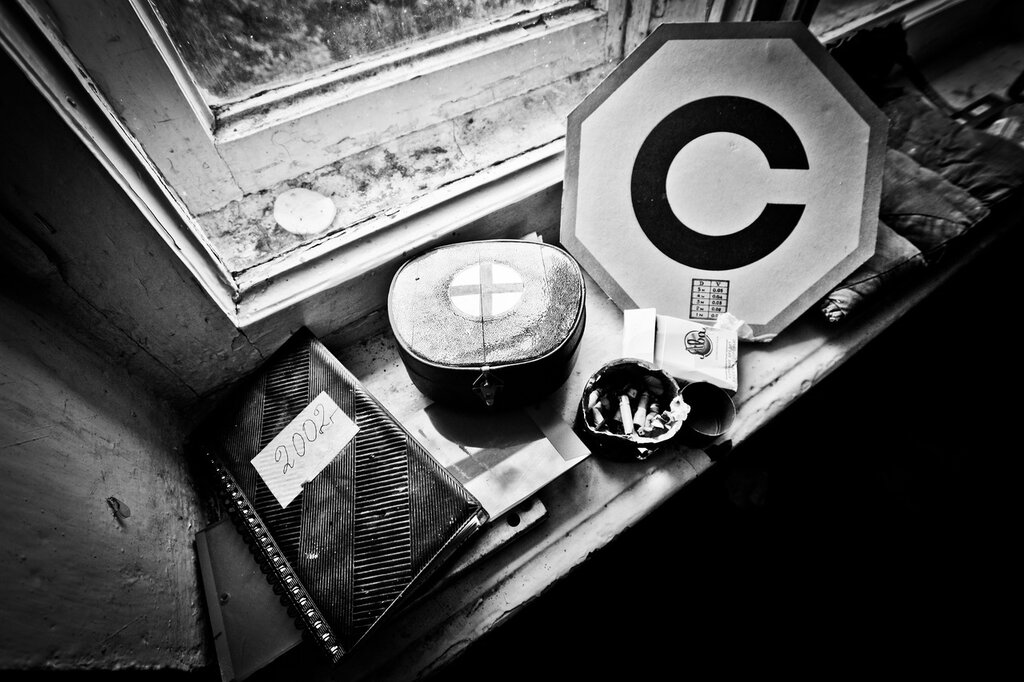 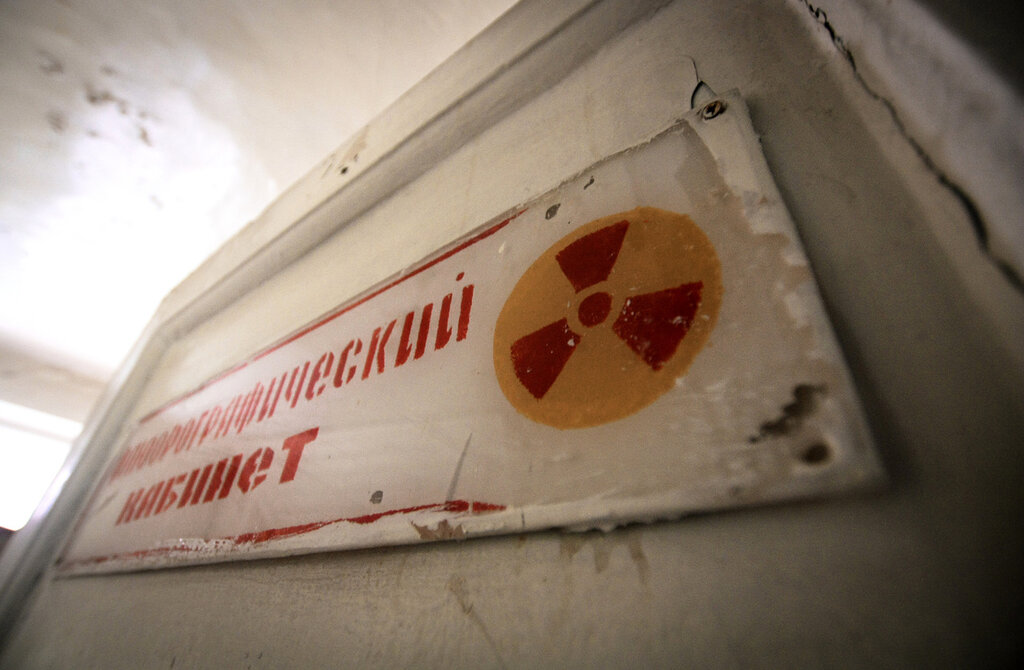 6. Periodically, there are medical devices. 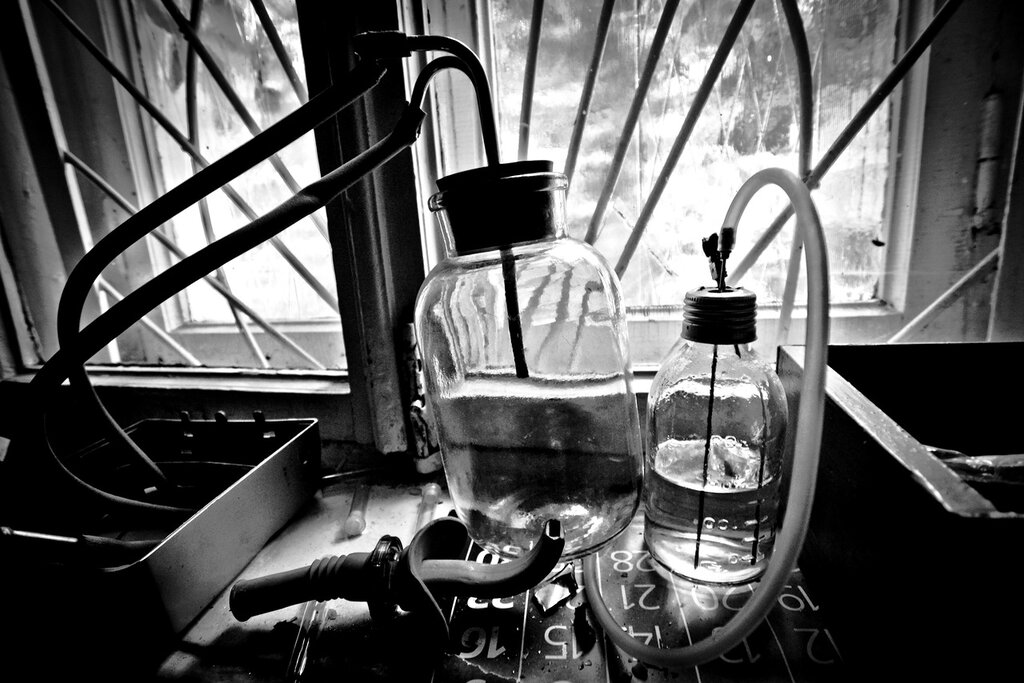 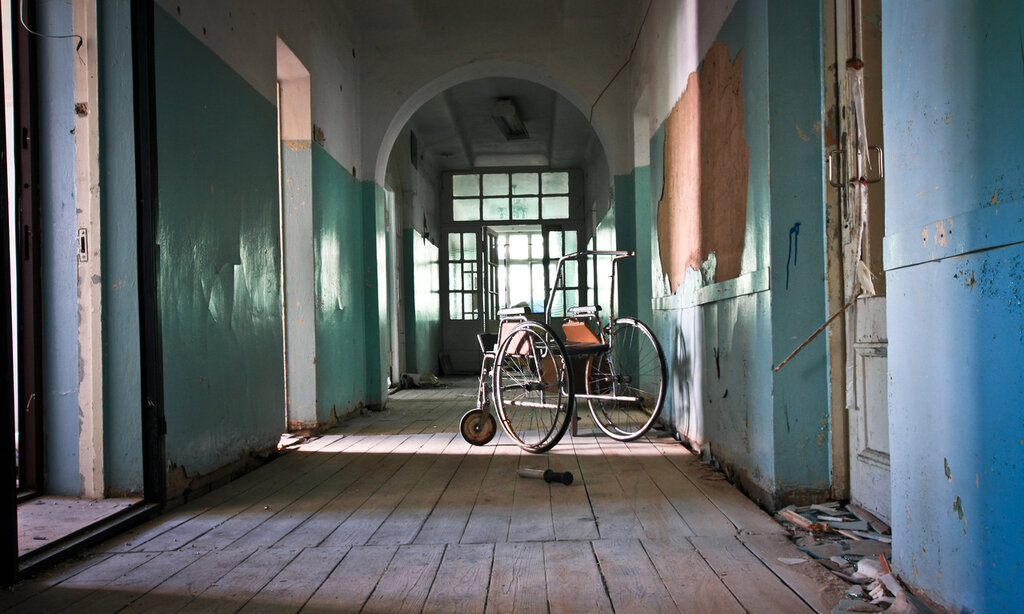 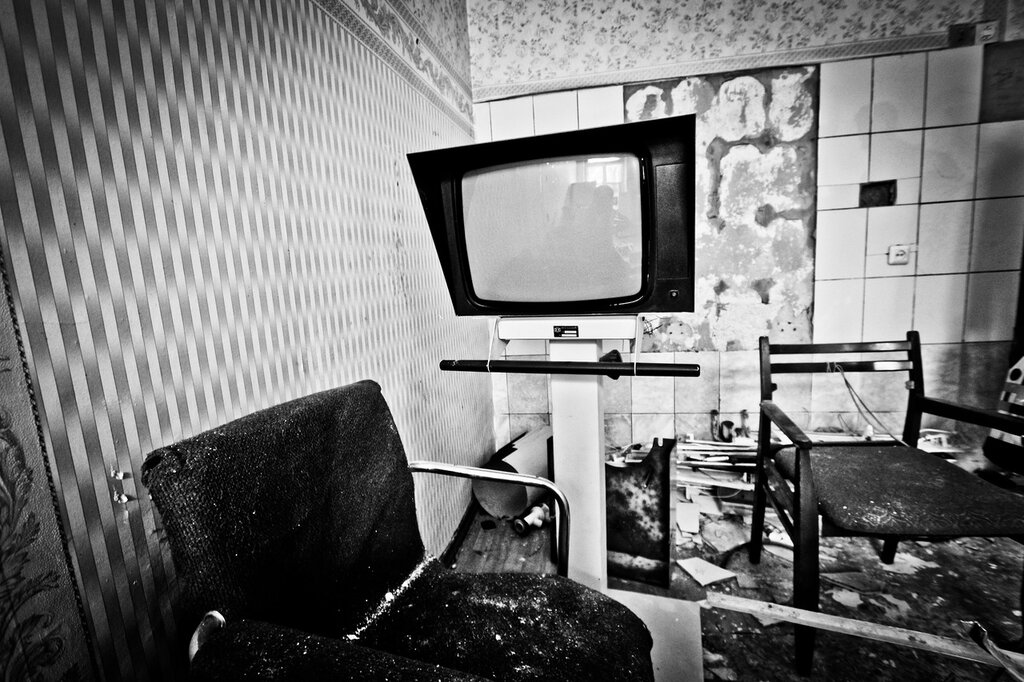 9. Somehow left and the laboratory. However, the reagents also beaten quite a lot. 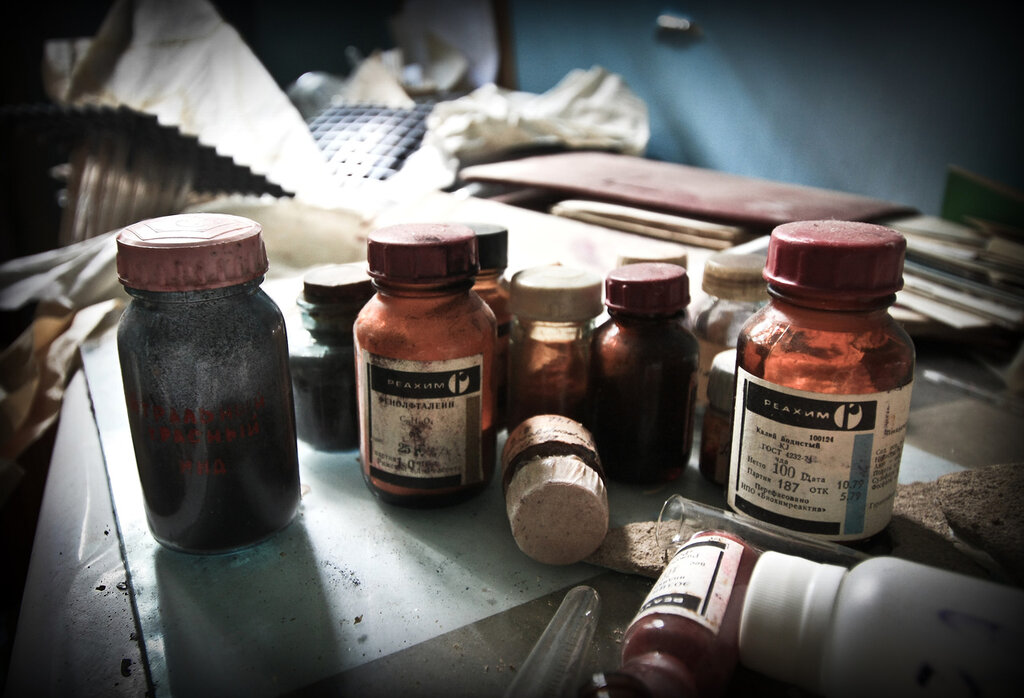 10. The most atmospheric place - it's a bomb shelter in which you can get out of the basement of the building through a special tunnel. It survived several operating tables, old utensils and objects of the Civil Defense. However, the tripod I was not, therefore, only one photo. And yet there it was cold. 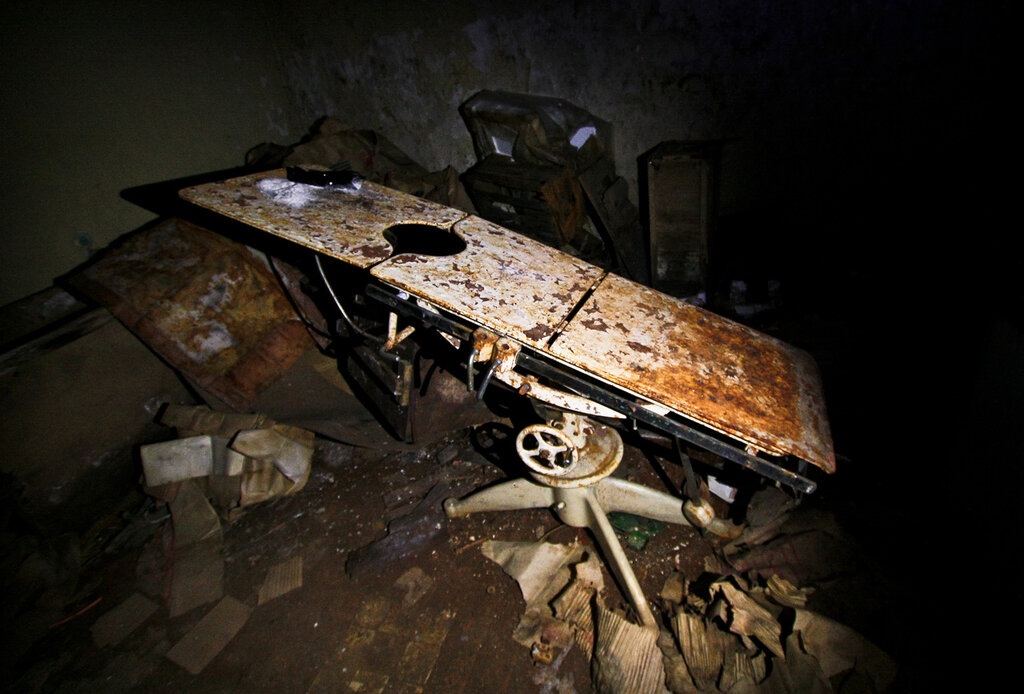 11. As always, a lot of tubes, glass and other such things. 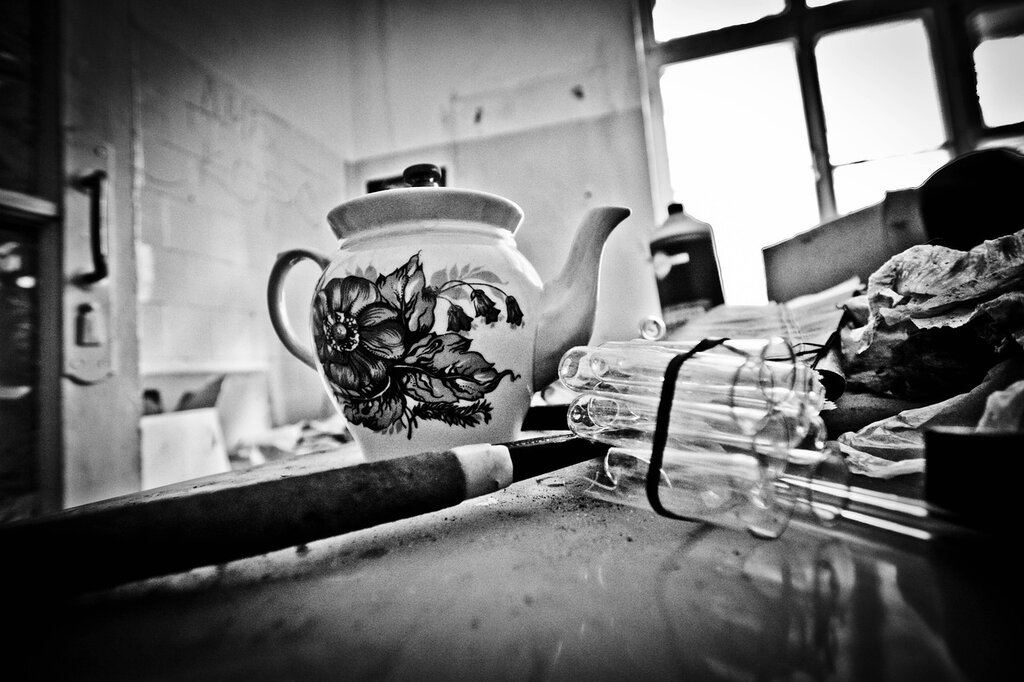 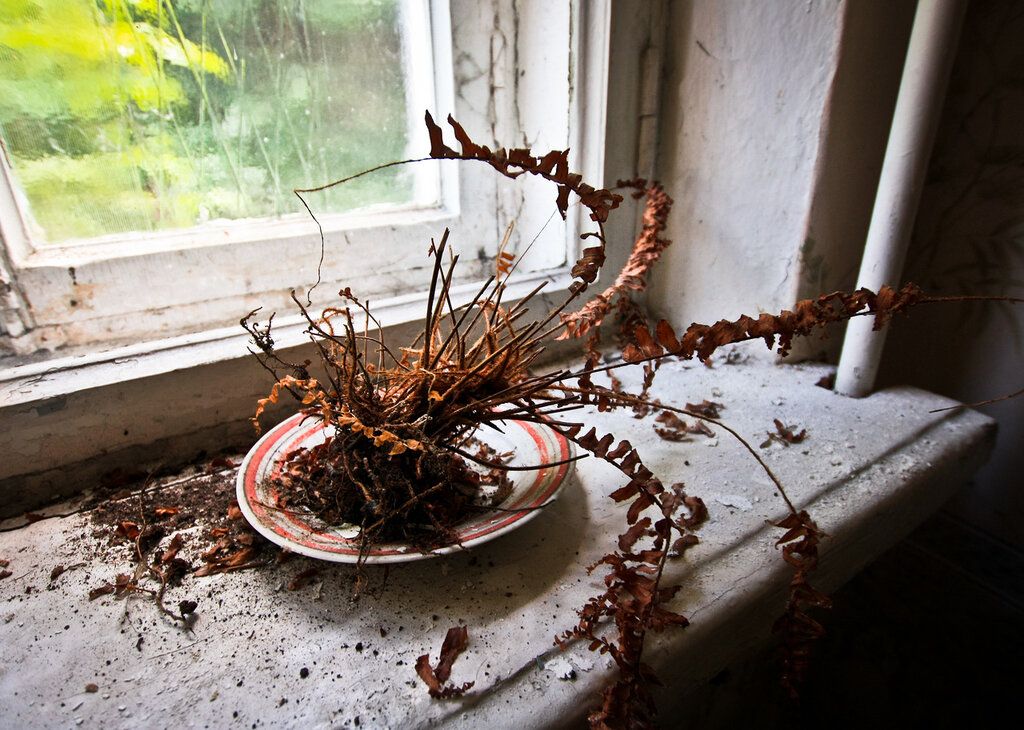 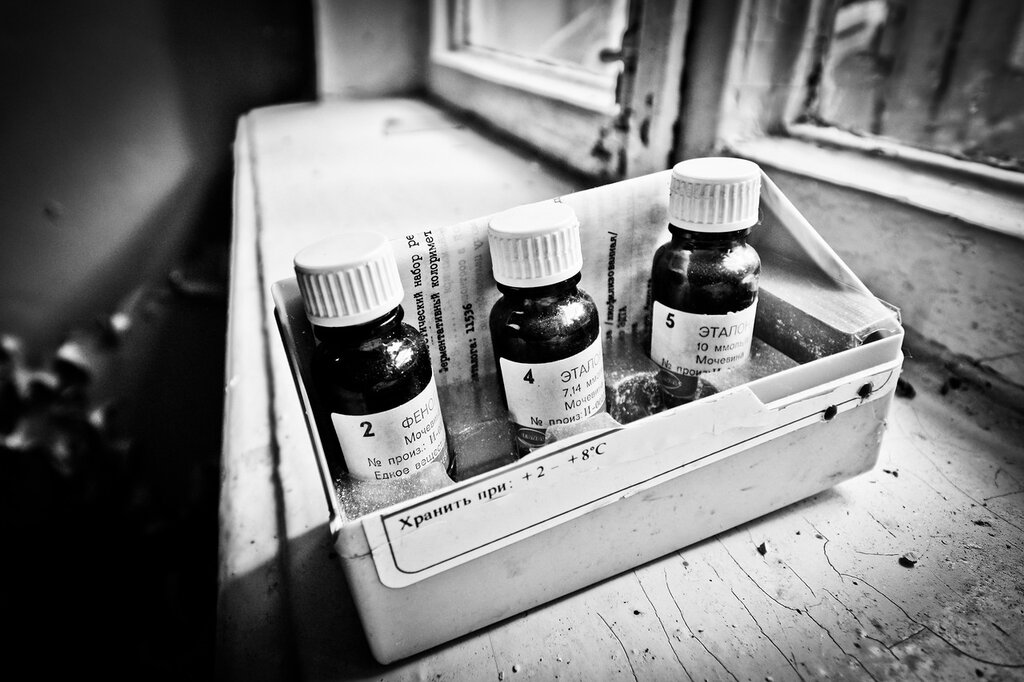 14. However, some places are preserved stands. For example, it is possible to see a clear decline in the number of studies and patients at the hospital. Most likely, the problem is still there in the dissolution and extinction of a military unit. 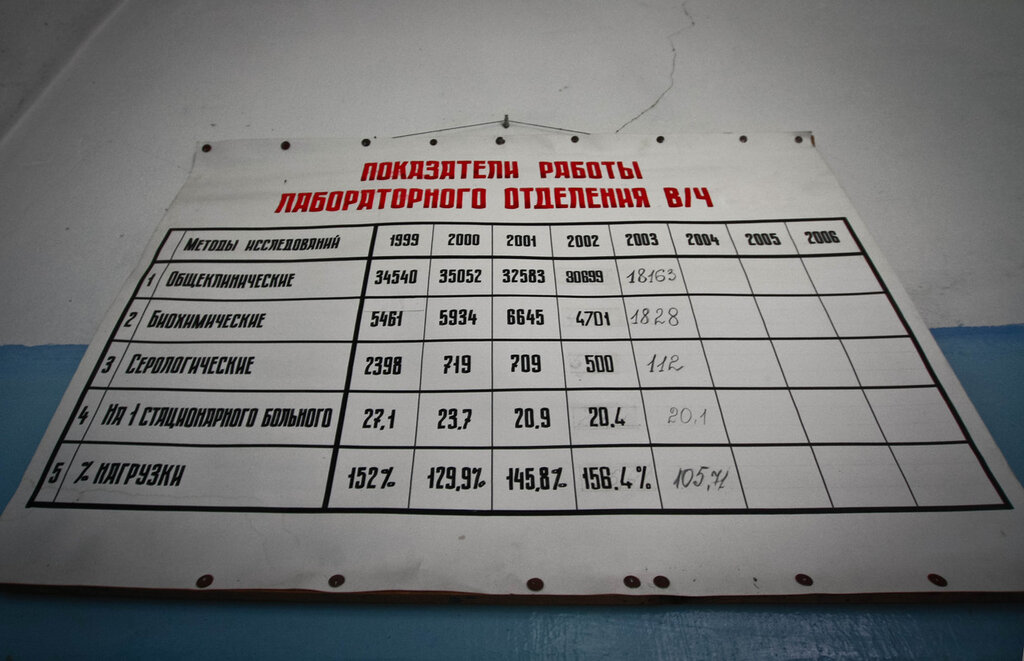 15. Lots of pictures this time will not. Another frame wheelchair .. 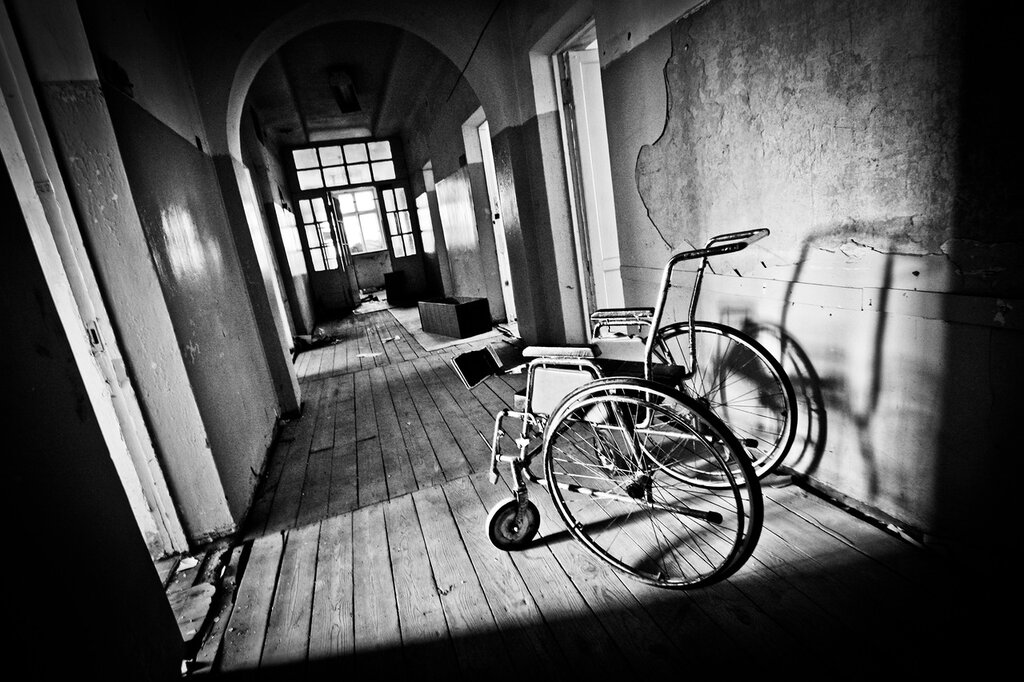 And finish.
Just think - this year in a row it has 6 we visited an abandoned hospital. While all of them were closed in the late 2000s.