One of the best places visited this year during our honeymoon. Ancient villa on a hill with views over the vineyards and sunny edge of Tuscany. Stunning frescoes and forgotten piano in the main hall. I want to travel again for these abandoned places. 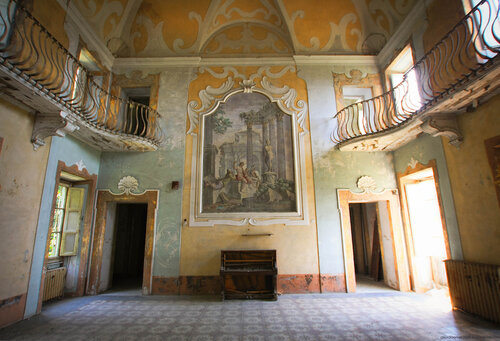 This report in English

Transfer from Venice to Florence, suburban train, five kilometers on foot in the heat. Overcoming the fence, a couple of agricultural land and the passage through the thickets of thorns in shorts.

1 And here we have goals - stand in front of the villa. It is a three story building with a tower on the roof.

"In the first version, in 1868, a wealthy merchant Agostino built in this part of the building of a beautiful villa right at the top of the hill. But after his son became disabled on the estate, he decided to build other housing and convert a villa in a psychiatric hospital.
In the second version, he initially decided to build a special psychiatric hospital.
As it was in fact, is not known, but in the 20th century during the fascist regime the hospital turned into a correctional facility for political prisoners.
After the war, the building re-opened hospital. Due to the need of restoration agency suspends its work in 1990. Due to financial difficulties, such as building on the territory of reach for us now"

1. In fact, almost all the doors and windows on the first floor filled with concrete, but it is even more increases our interest and excitement. In the best traditions of the southern edges all around heavily overgrown with sharp prickles. Embark on a journey around the building. On the territory there is no soul, only hear the birds singing and the sound of cicadas. 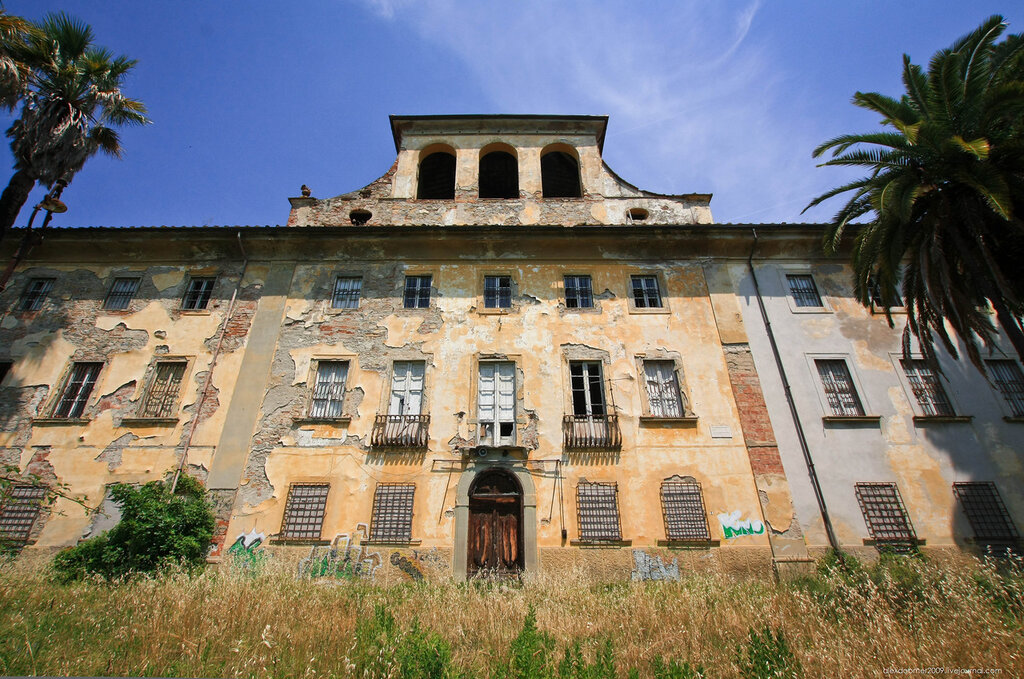 2 About 5 minutes of searching, and here it is, move inside found. Writhing like a snake, climb through a narrow hole, where we get to the first floor. Since all windows laid, no pitch-dark. Turn on the flashlight and go to the research facilities. Basically, the first floor of the empty, but soon find ourselves in a room where all the walls are covered with children's drawings. Is scary. A little further suddenly find move-tunnel. Coming in from his feet so 100, I know I'm in a long pass over the old wall, leading farther away. After a while, we find ourselves in a completely different building on the site. Wow! After seeing a couple of rooms, heading back the same way. Some segments of the ceiling where there is no, and the sunlight pours deserted tunnel, and thickets begin to penetrate into the building. 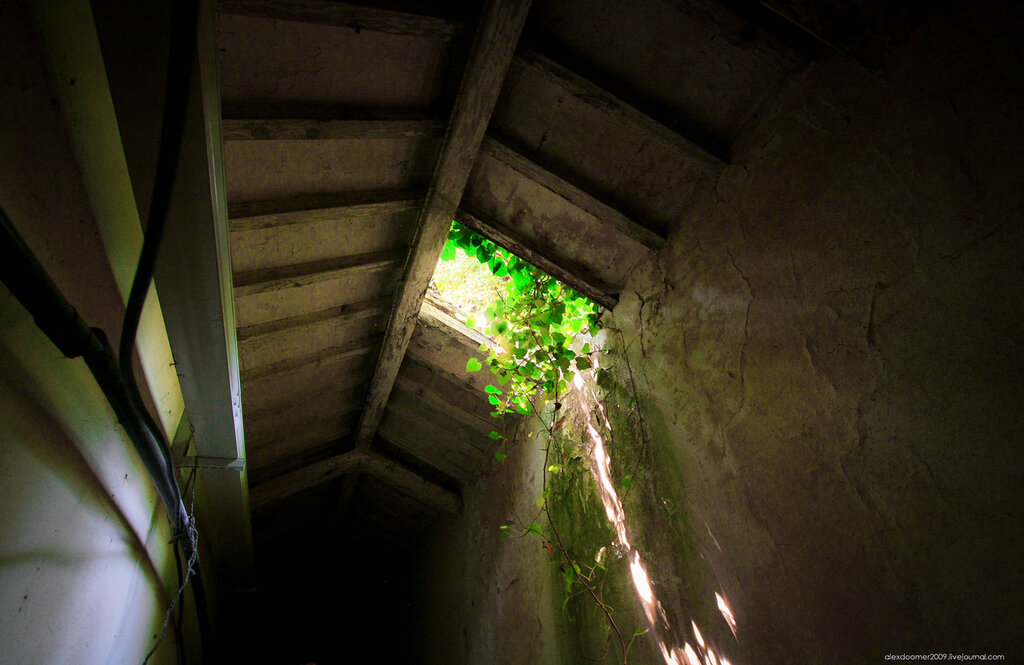 3 Go up the stairs to the second floor. Becoming lighter, and here we get into the main hall. Oh, yes! It is a two-story building decorated with frescoes on the two side walls and one in the vaults of the ceiling. 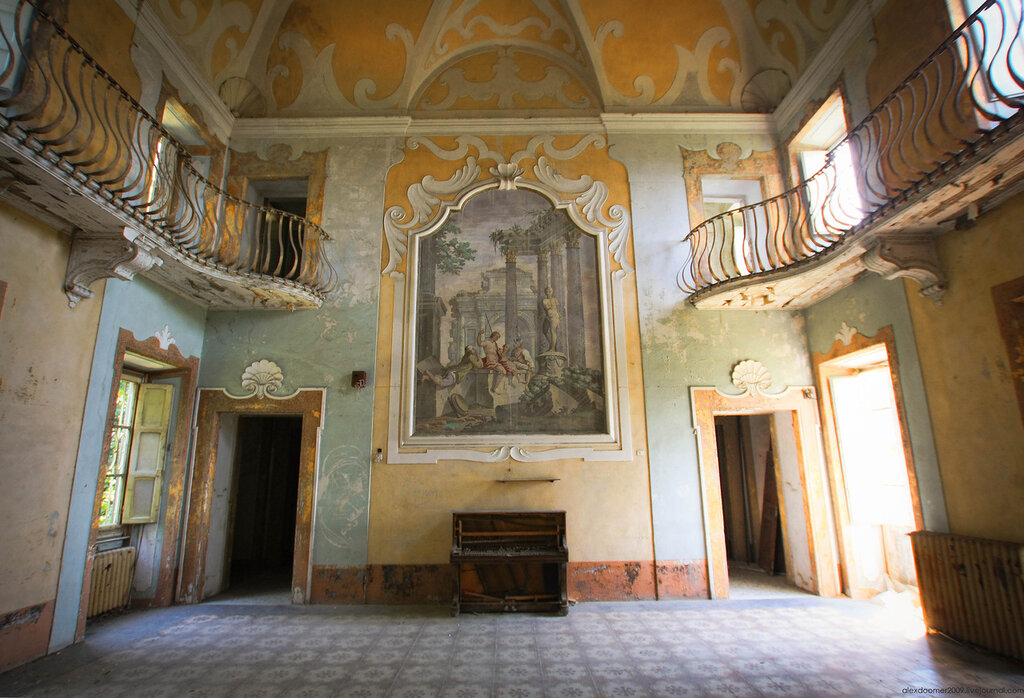 4 Of particular interest adds piano, harmoniously fit into the interior.

5 In the main hall, we'll come back, go to explore other rooms. In general, empty, but in one of the rooms we find such a unit. It reminds us of the fact that until recently, it housed a psychiatric hospital building - echoes of those times. 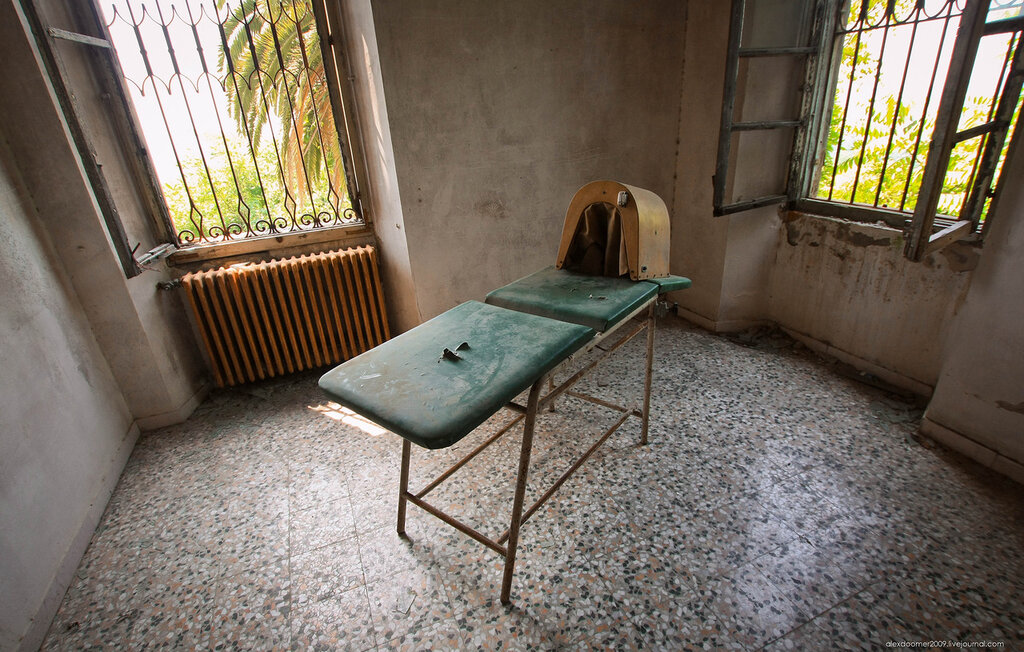 6 Soon is a staircase on the third floor. And here is the central hall, but this time we are at the top and look down from the balcony. It is worth noting that the better move carefully, since the building is old, and the floor have balconies wood. We have before us a second mural, but it remained an order of magnitude worse. If you look closely, you can see the outline of the rider on the pedestal of the monument.

7 And we climb even higher. That tower on the roof! Come to the window, and our eyes have a great view on the sunny edge of Tuscany and surroundings. In the foreground you can see the main courtyard of the villa. Two palm trees stand on either side of the main gate closed on the lock and completely overgrown with ivy. Next come the gardens, fields, city and mountains on the horizon. The sun shines directly on us, making it difficult photographing. Roasting utter, 32 degrees C. 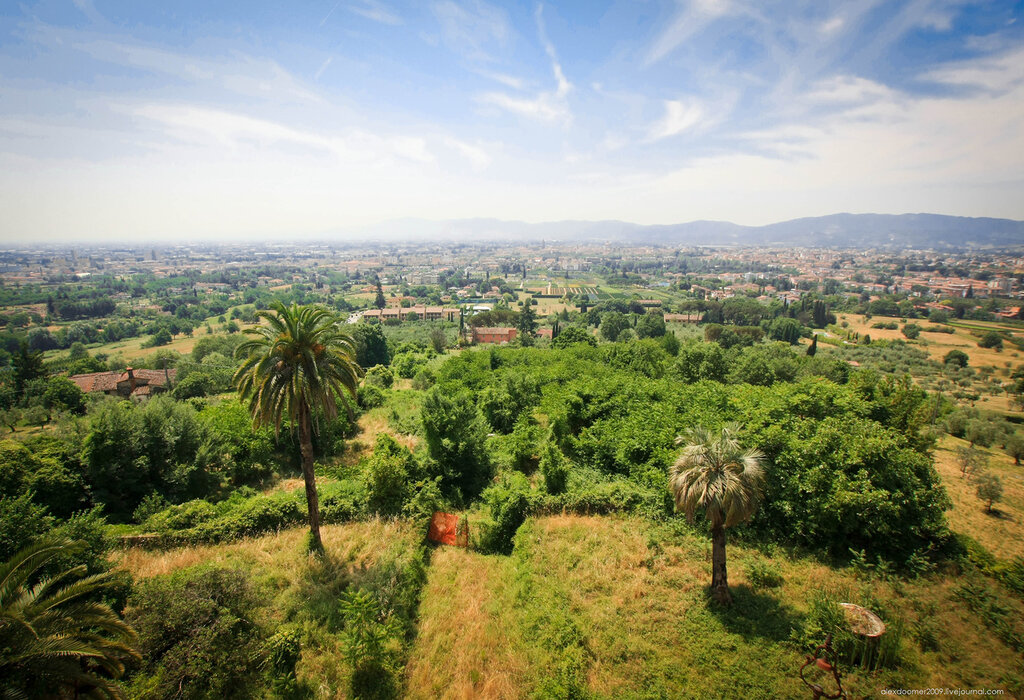 8 So cool and decide to go back to the main hall. Especially since I have not shown you the painting of the dome. Gradually decaying building, but now feels elusive beauty of former times. 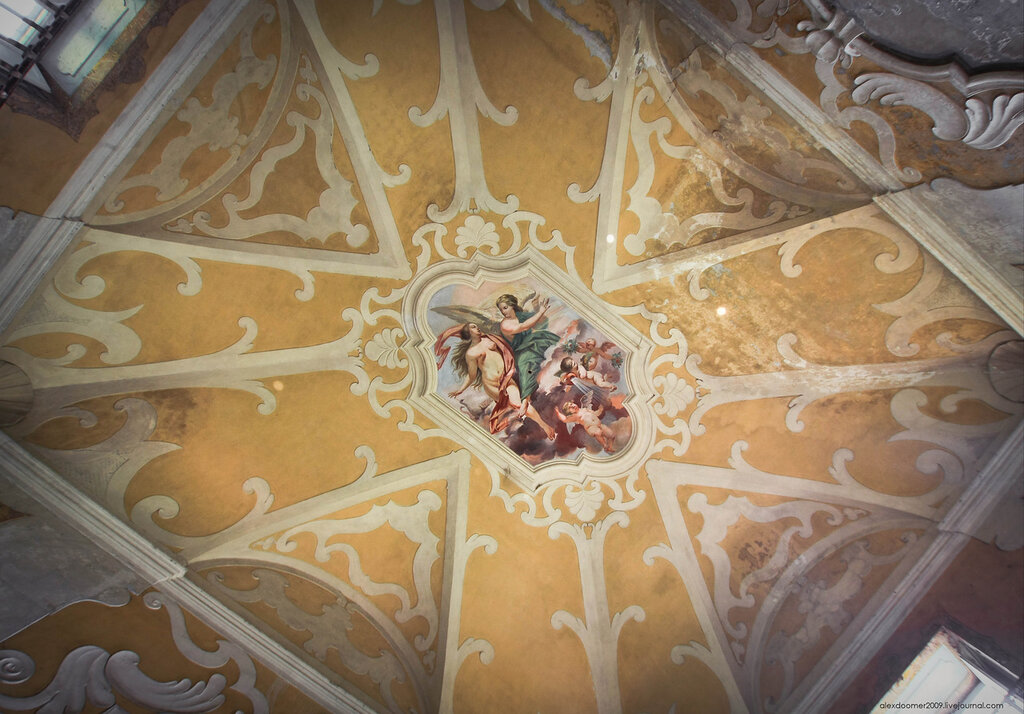 9 Yes, a lot of photos of the hall, but his hands and stretched press the shooting) Just a couple of years ago I saw this villa on a foreign site dedicated to photographs of abandoned places. But I could not have imagined I'd be here - in this place! Somehow room in this villa at me all the time associated with the church, possibly due to the architecture and painting. 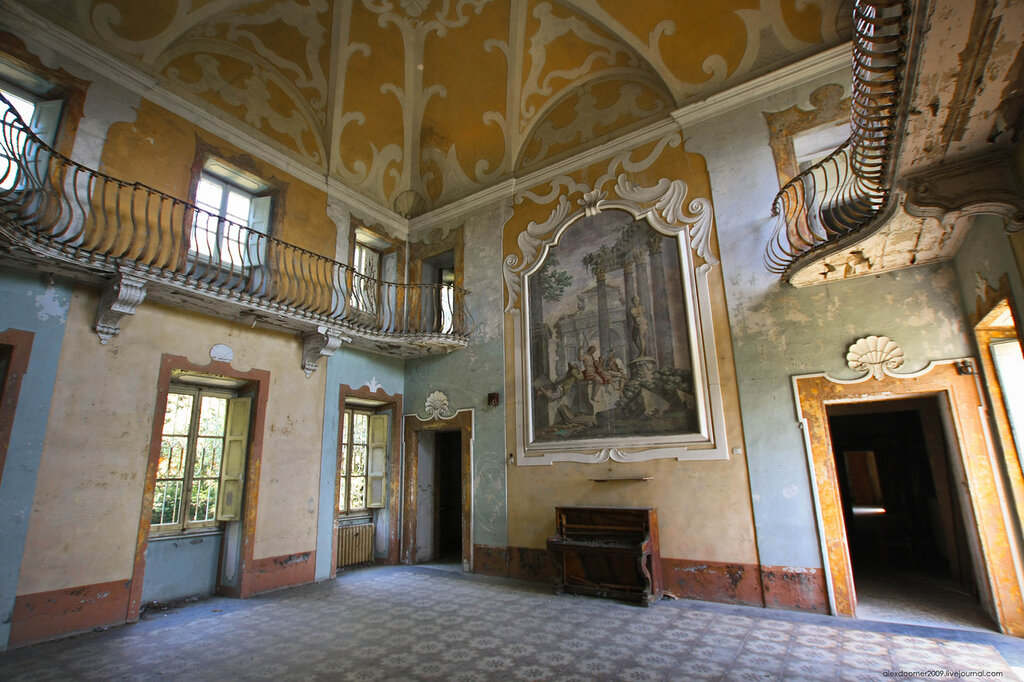 10 In other areas largely remained a bit of furniture, and also located the former technical and commercial premises, meaning they spread too much, I do not see. 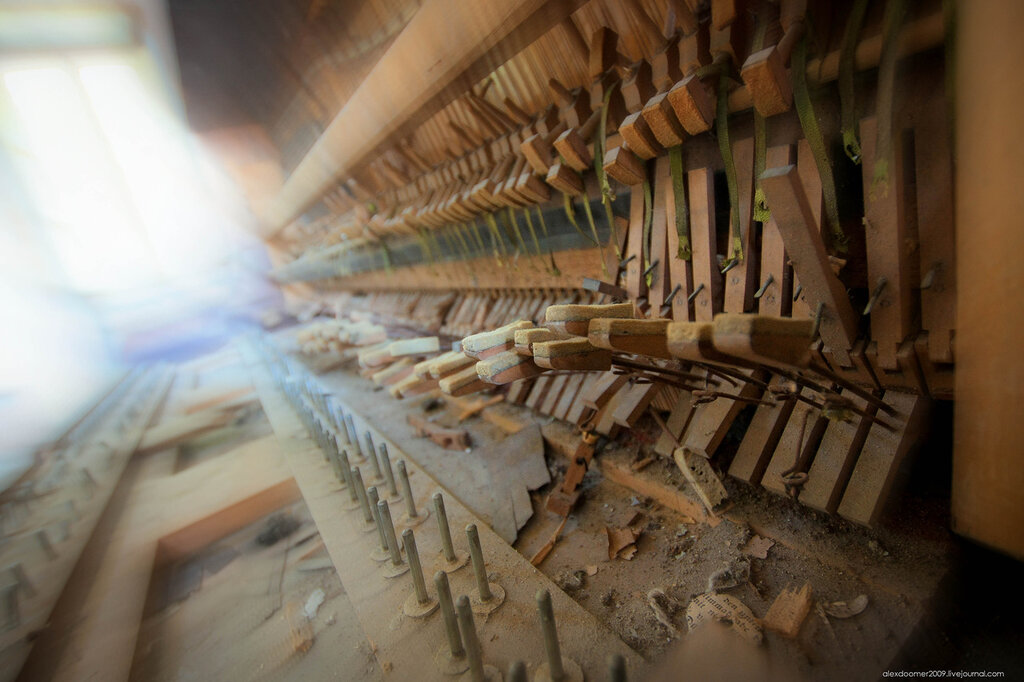 12 Spread the photo well-preserved frescoes closer to be able to get a better look pattern. 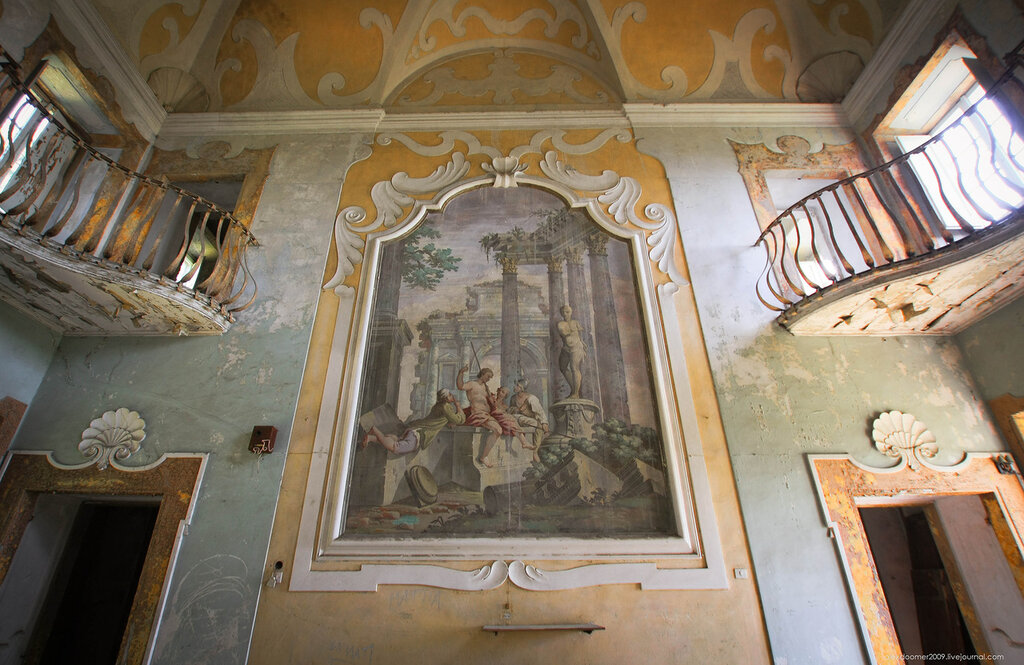 13 We say goodbye to the villa and go outside. Beautiful old lights in the area. 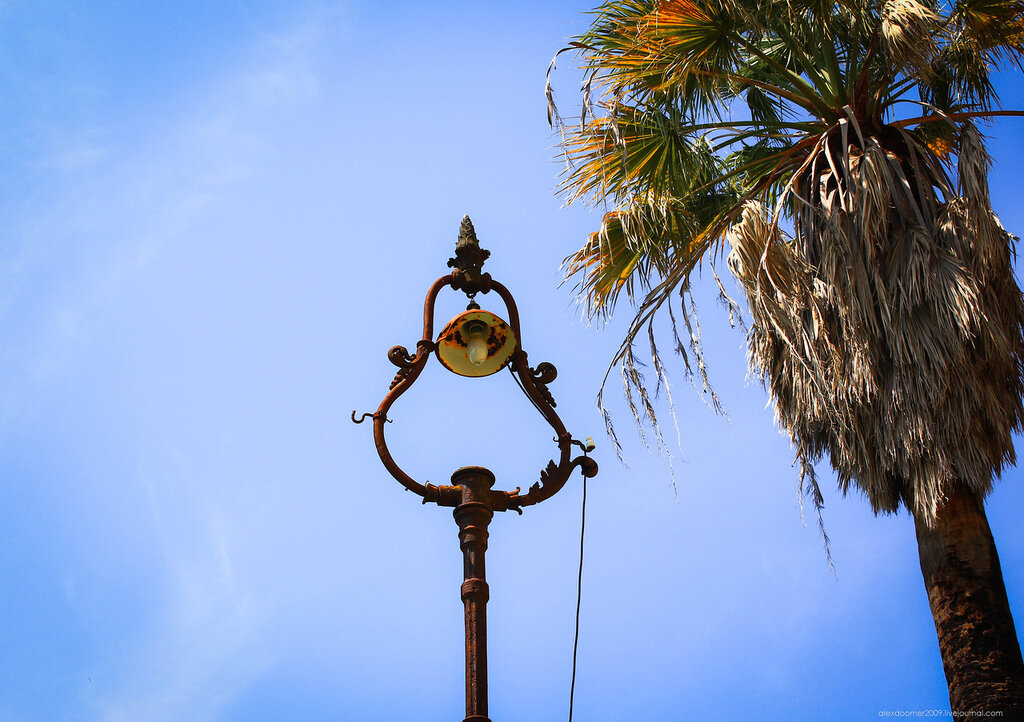 14 Along the way, run into a swarm of bees, and especially not run - shorts and thorns - things are not compatible. Near the villa can also be found in the spirit of strengthening such fortification. 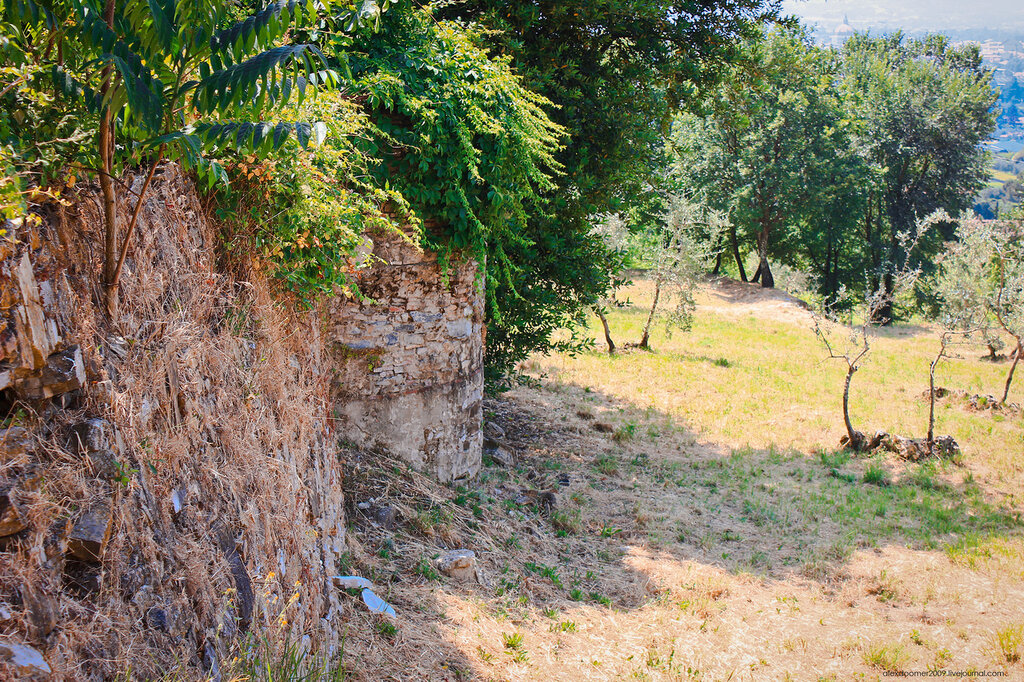 15 On 7 photos in the bottom right part of the photo you can see a sort of circular pit. Come closer - a former fountains with bugs, but they are so overgrown that they take pictures from afar.
Palm trees, sun, south) 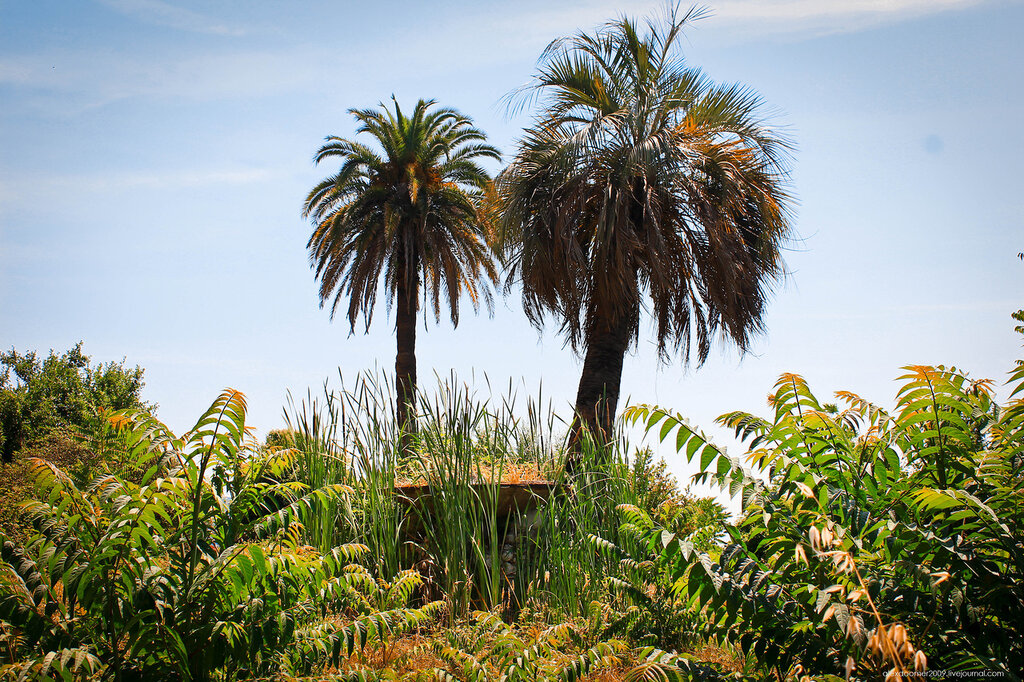 16 And the final picture - endless fields, plains and mountains of the Apennines on the horizon. 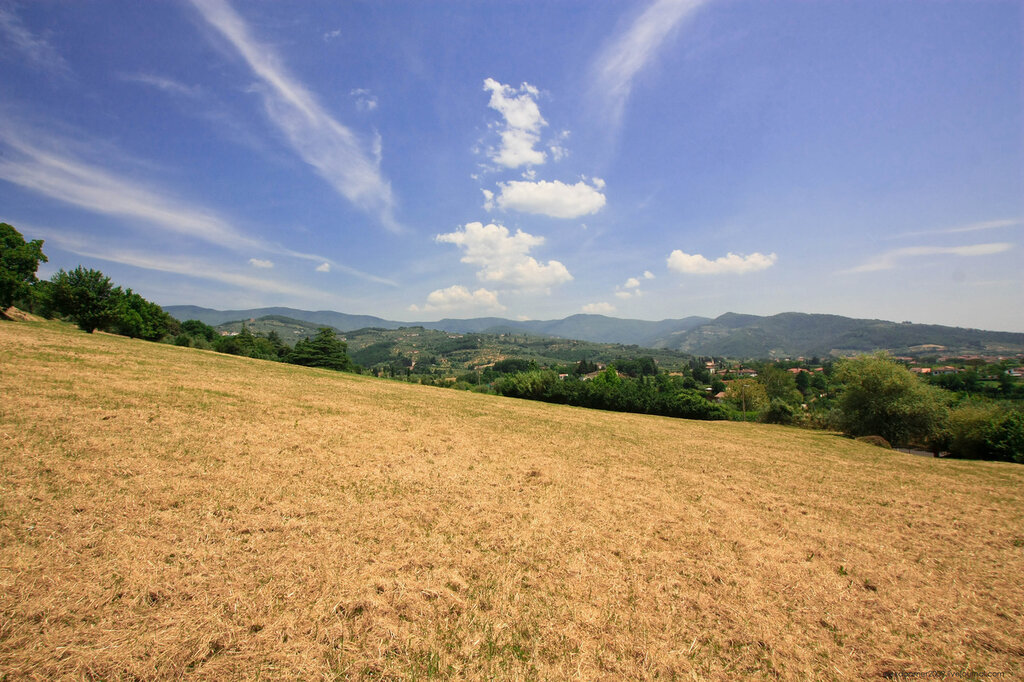 Stand under the scorching sun is simply impossible, sweat flowing hail, so go more into the shadows and the city. Just an awesome trip)

Thank you for your attention!

P.S. And for those who want to see my travels and adventures in real time, I propose to add me to Instagram;)

I will be very glad to new friends and readers in LJ! Friends;)

If you liked this report, check out also: 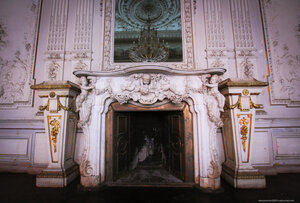 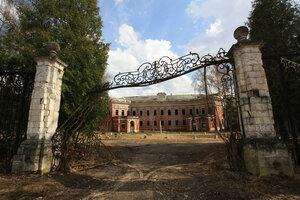