Is this community still kicking?
I tried to post here (on LJ in general) a few times throughout 2018 and each time it either crashed out completely, never loaded, or erased the entry prior toposting, so I gave up for a while.
Until now anyway.

So the place I'm sharing today is a beautiful, and honetsly quite foreboding, public school building which dates from 1927. I'm trying out the new (to me) LJ editor, so please bear with me here... 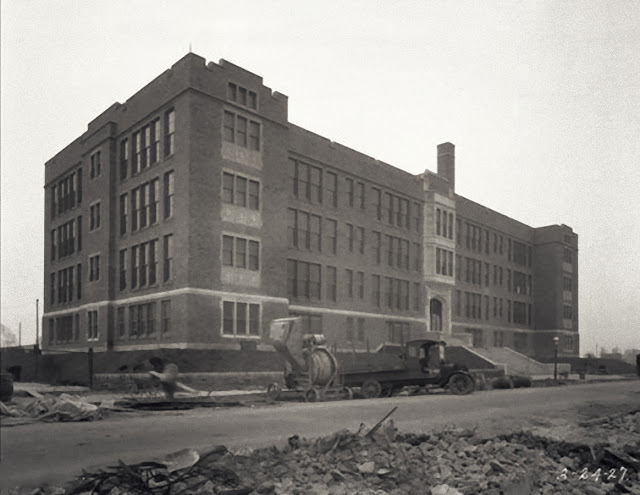 Rows of rusting lockers line a corridor draped by shadow so deep you feel as if you could reach out and lay your hands upon it. Above, anemic skies distort and bend upon themselves as a light mist begins to fall. In through some unseen window enters a steady flow of cold spring air, it carries with it the bitter aroma of scorched plastic. Sirens wail continuously from some far off place, muffled by the brick exterior of the building to little more than a repetitive and endless drone. A background noise which carried through every corridor of the three-story school.
Within the classrooms there were no desks. This is most typical of shuttered schools, as districts often re-purpose them elsewhere, but here their absence seemed more significant. All around the desk-less rooms lay scattered materials from its past as place of learning - Assignments chalked up, graded papers hung on bulletin boards, prom photos strewn on shelves, and inspirational posters abound. But no desks. Just highly-decorated empty chambers to meander through or stand in the center of, wondering what knowledge these rooms might hold from the near-century of lectures which have transpired herein.
In the halls uncollected papers lay strewn the floor, books sit stacked in strange partially-toppled piles, and posters beckoning your vote in the upcoming school elections still cling to windows and doors. On the ground level is found the old auditorium, at one time the focal-point of activities at the school, it now stagnates. Cavernous, empty, and uncomfortably quiet, much like the entirety of the old school has come to be.
Outside the world too is shaded. We carefully walk through the tall grasses which were once a schoolyard, the cuffs of our pants becoming evermore sodden and cold as we proceed. Though early spring, it is obvious that winter has not yet fully gone from here. All around us exists a murky haze that hangs damply upon greyish-brown earth. Unkempt branches of dormant trees stretch out toward the sunless sky, others toward the brick walls of the massive old school. We stand now just miles from a major city, yet there is not a soul to be seen. Masses of fog periodically roll in over the streets and empty sidewalks, wrapping the school in a pulsing miasma. There was something strange about the fog though, it had an unfamiliar nature to it, and brought with it a sour and unplaceable odor. Only later did we discover that the fog we experienced wasn't actually fog at all, but wisps of smoke carried low by winds passing over a massive fire at a recycling plant blocks away. In a way the toxic clouds seemed suiting - The property of the school and the blocks surrounding it were colorless, desolate, and lifeless. Against all this though, we always shared the uneasy feeling of having eyes upon us. Likely this was just a result of our minds wary from the cold, dreary day. Or, perhaps the shadows of those halls held more secrets than they cared to reveal. 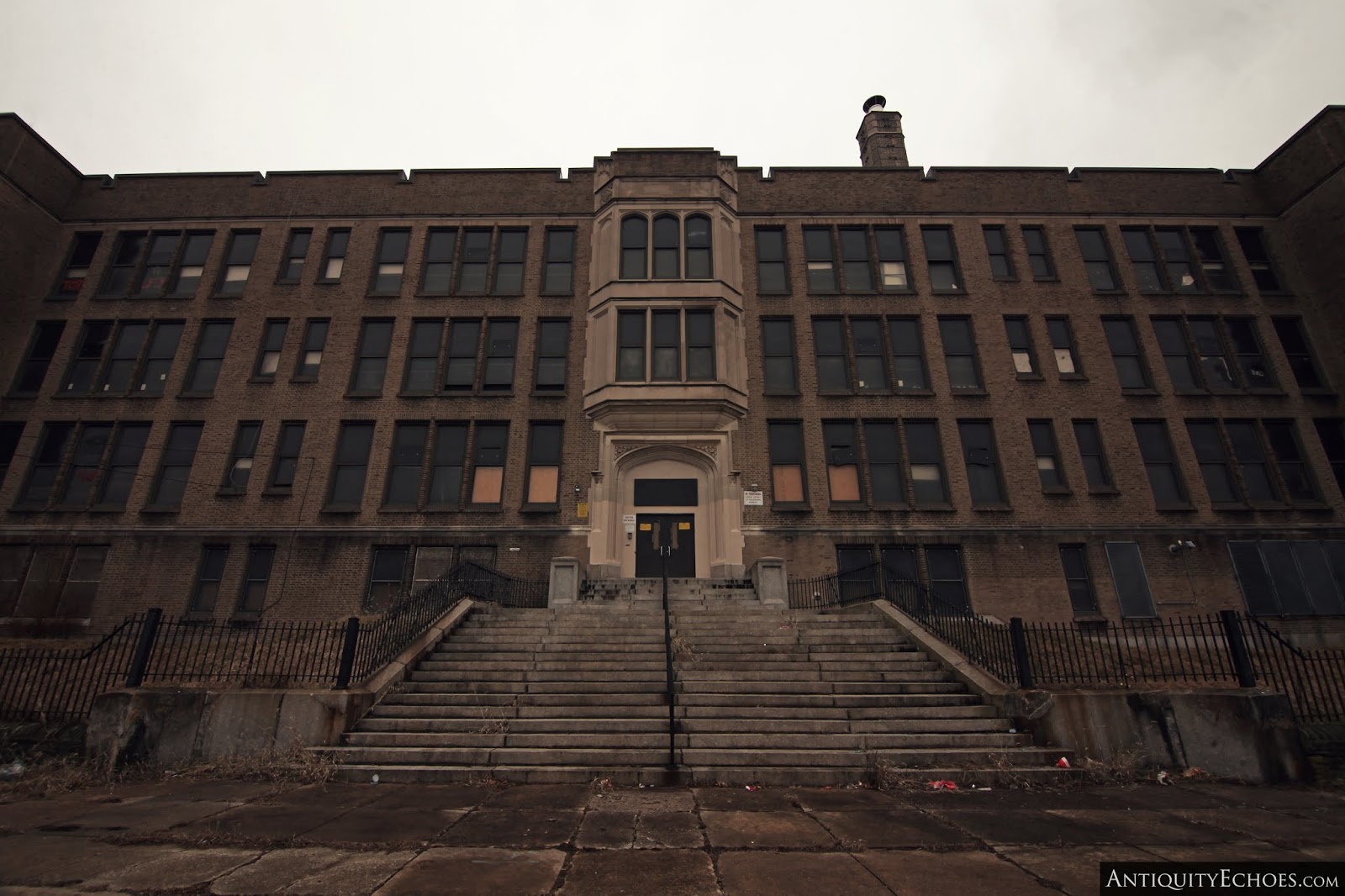 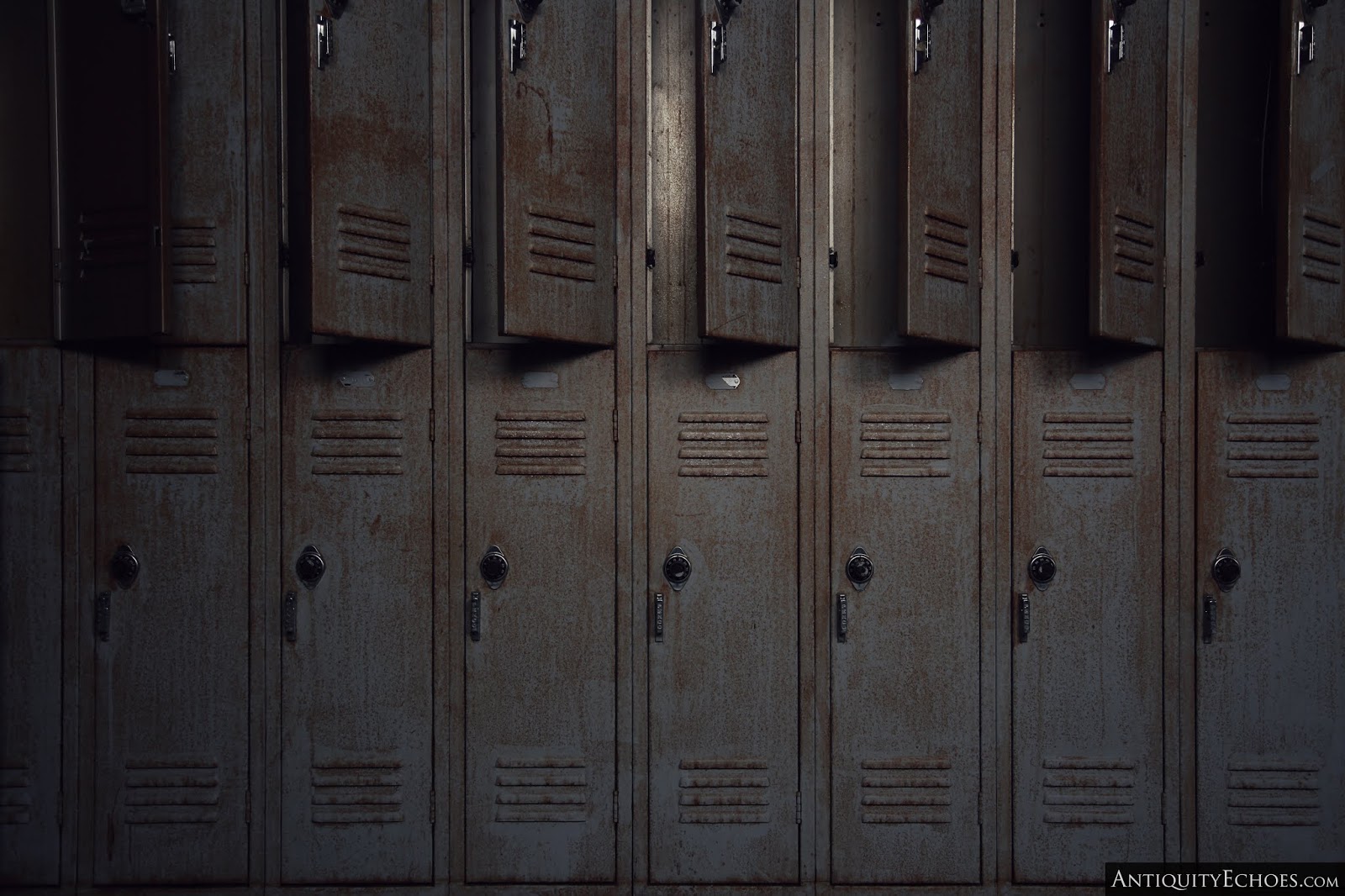 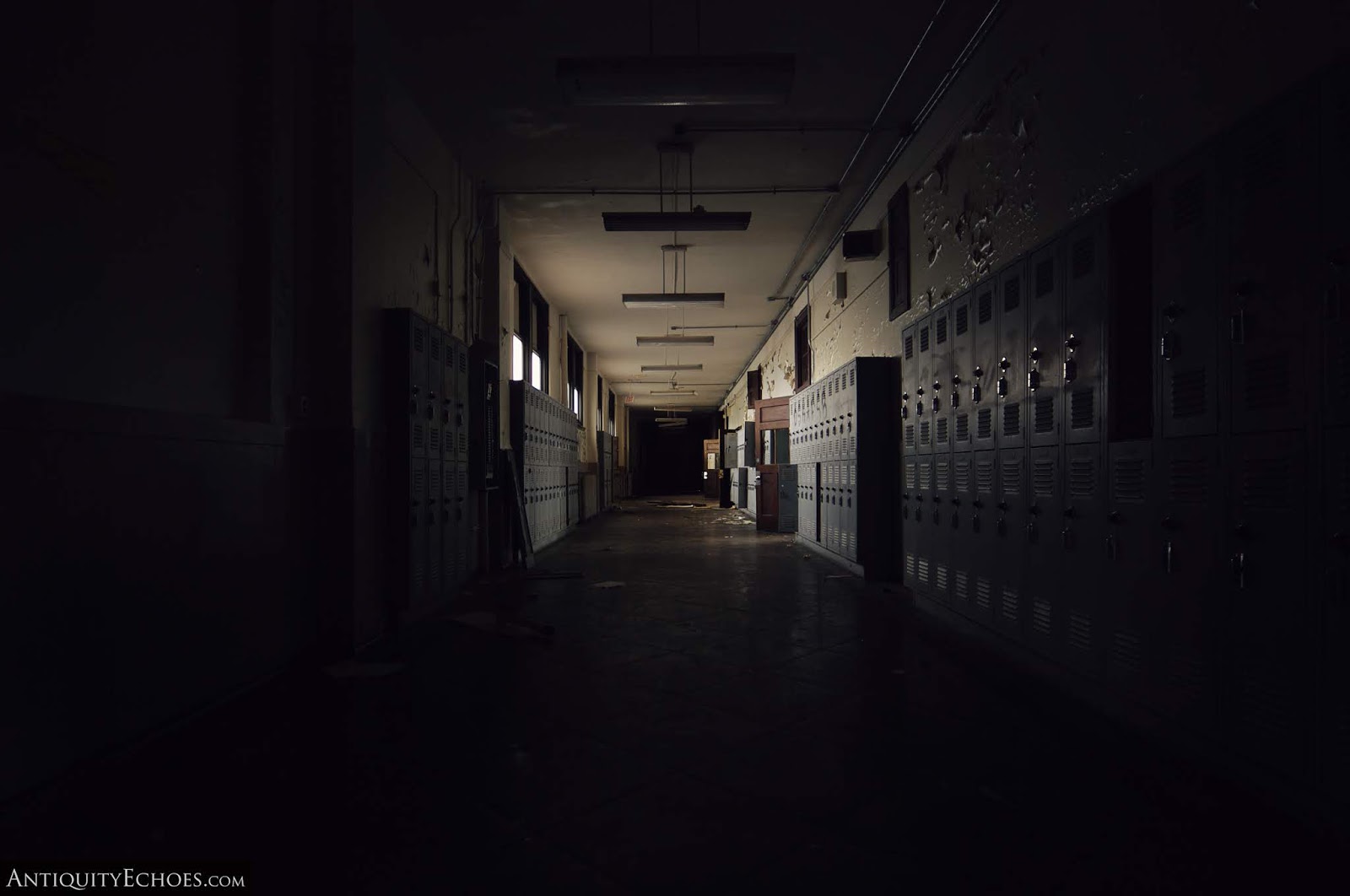 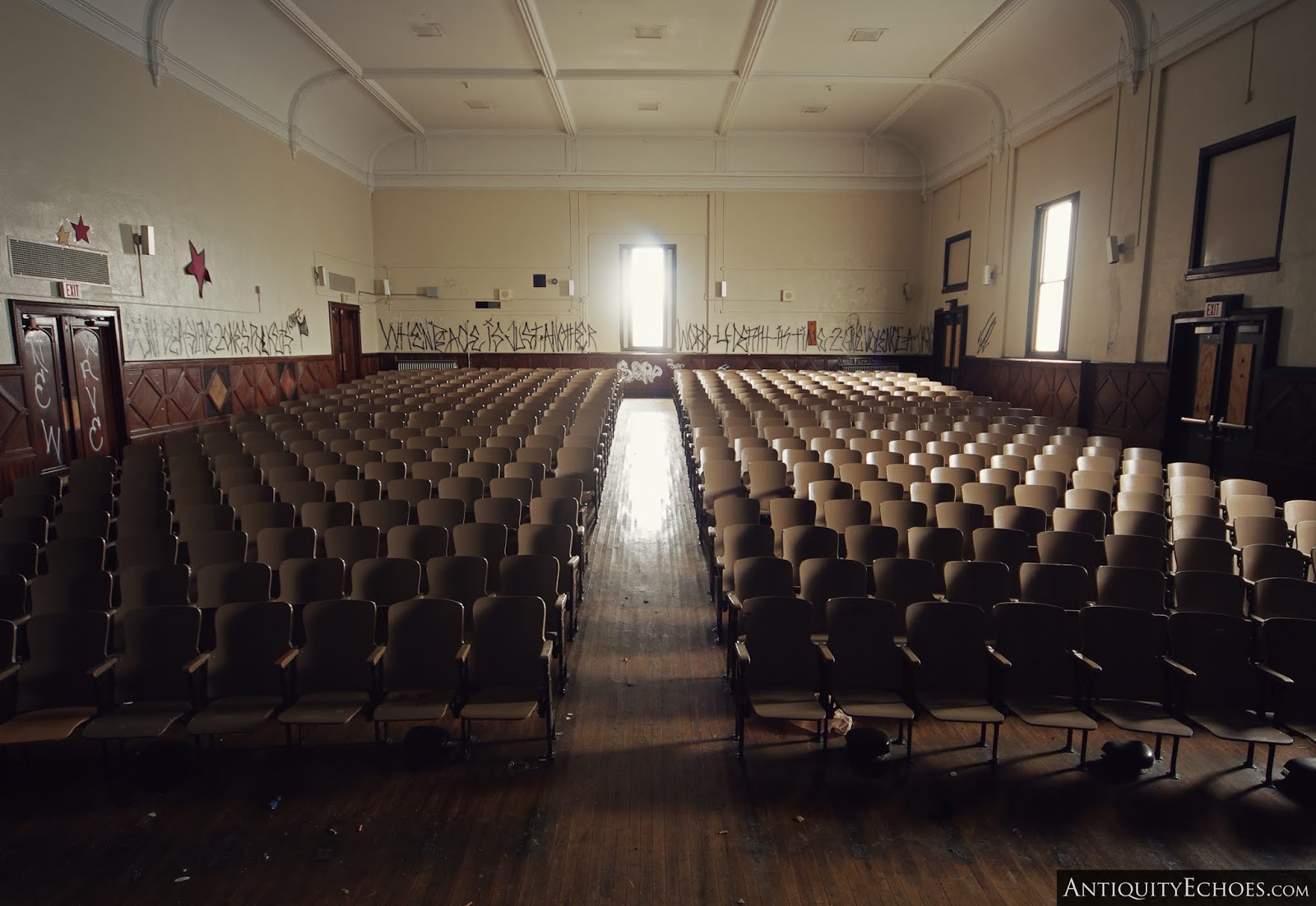 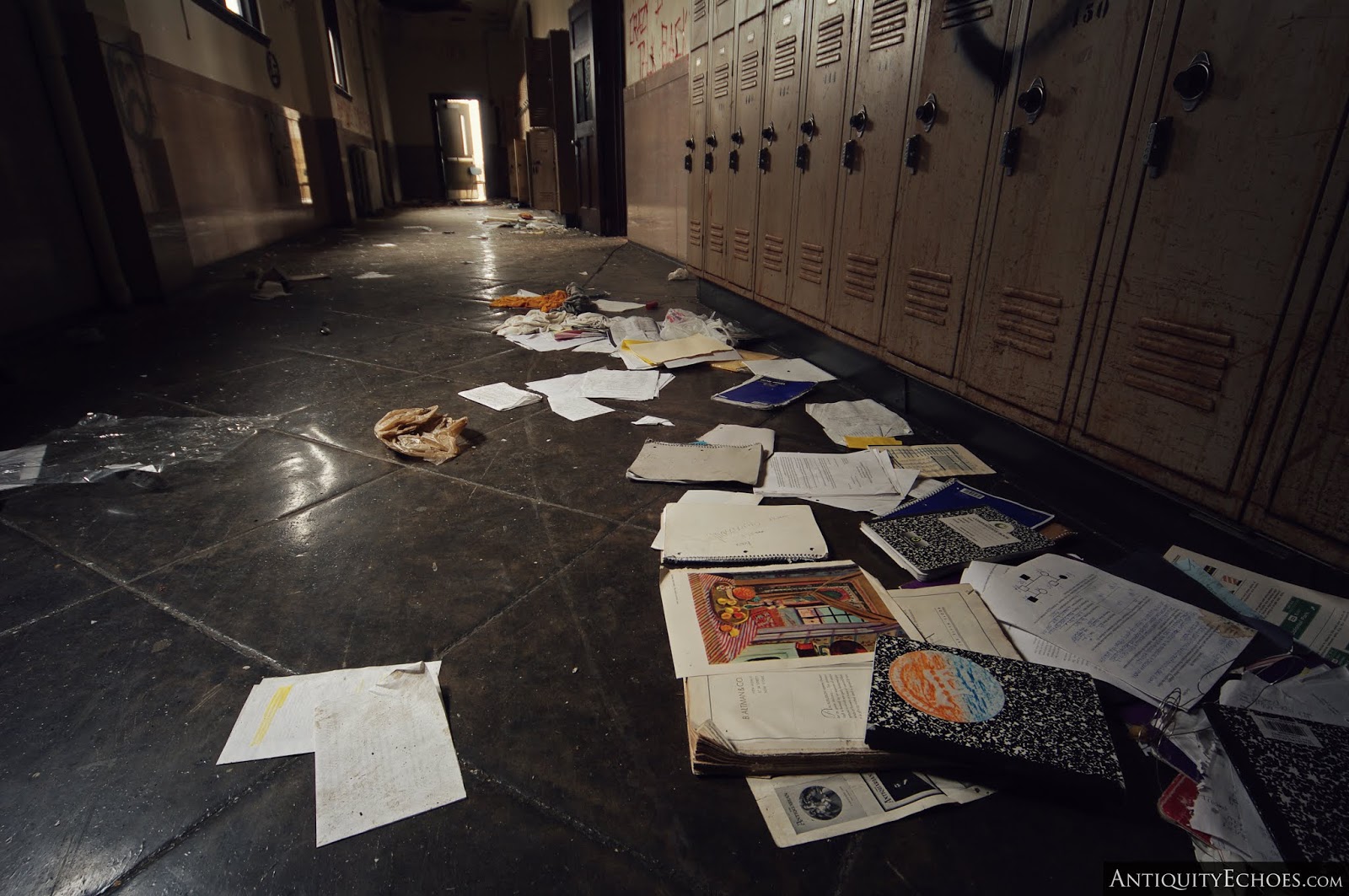 If you wish to see the full set of photos (and historical images) you can do so on our website here - https://antiquityechoes.blogspot.com/2018/10/aphotic-academia.html