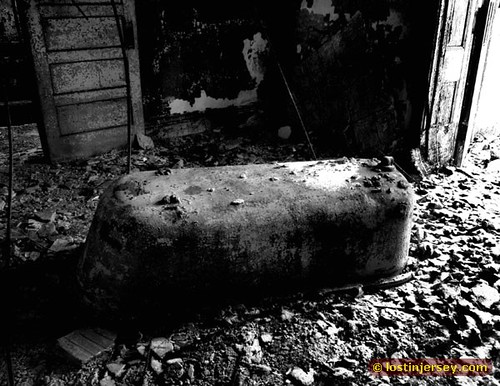 First off I should mention that my adventure that day was rather risky, and second, here's all the photos

The East River in New York City
separates the island of Manhattan from Queens, beginning at it's southern end at the
Raritan Bay which leads to the Atlantic Ocean. Going north it merges with the Harlem River
at the Triborough Bridge and  Randall island, flowing pass Rikers Island, under the
Bronx-Whitestone Bridge and the Throgsneck Bridge, and on into Long Island Sound. The area
around Rikers Island and Laguardia airport is known as the Bay of Brothers. It is called
this because of two smaller islands known as North Brother Island (13 acres) and South
Brother Island (7 acres). Although Randalls and Rikers are accessible by car via bridge,
neither of the Brother Islands can be gotten to except by boat.  This section of
river is known as Hell's Gate, from the Dutch equivalent Helle Gadt, due to the dangerous
tidal currents. It is not a place to be taken lightly. 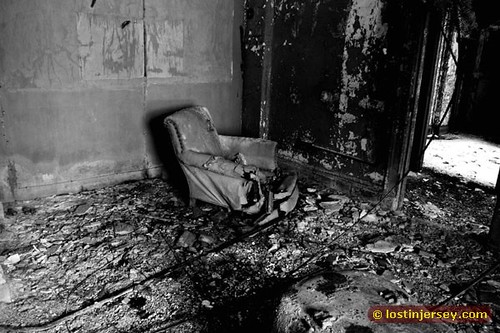 The islands were seen by the first Dutch settlers to colonize the area,
and were claimed for the Dutch West India Trading Company in 1614 by Adrien Block.
The settlers never established any settlements on the island, no doubt due to
the hostile waters. A lighthouse was built on North Brother Island in 1869 and after
several upgrades, functioned until 1953. The lighthouse keeper's house still remains but
is deteriorating after 50 years of disuse. The first known use of South Brother Island was
by a brewery owner named Jacob Ruppert, who built a summer cottage in 1897. North Brother
Island was developed heavily two years earlier when Riverside Hospital opened there. It
was a repository for exotic and infectious diseases like typhus, TB, cholera, yellow fever
and smallpox. A similar hospital was established on Roosevelt Island. More wings and
buildings were established to house the many patients who became ill during various
outbreaks of these diseases over the next twenty years.

Mary Mallon was a cook for wealthy families in the NY area, and the
authorities took notice that several families she worked for came down with typhoid. She
was tracked down and sent to Riverside Hospital for 3 years before being released. The
Health Commissioner thought she understood the nature of the illness and that she was a
carrier. She was an uneducated immigrant however, and was suspicious of the authorities.
She also was suspect because she herself never became sick, as most carriers of typhoid
did. She was specifically warned not to work in the field of cooking and that she needed
to frequently wash her hands. In 1915 the health dept realized that she had violated both
of those orders and had spread typhoid again. She was captured and sent to Riverside
Hospital until she died in 1938. She became known as typhoid Mary and the legend says she
killed thousands but the reality is she probably caused less then 50 deaths. 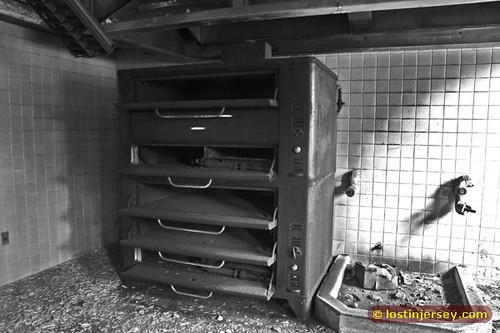 A new pavilion was constructed at Riverside Hospital in the 1940's, but
rather then housing TB patients, it would become a dormitory for college students at City
College, Columbia and Fordham U. students, as well as a home for war veterans. In 1952,
the hospital began accepting hardcore heroin addicts; these would be the primary type of
patient housed here until the hospital closed in  1963. The island and the hospital
have largely been ignored by humans for the past 40 years. Birds are another story,
however.

North Brother Island is owned by NYC, and South Brother Island  is
owned by Hampton Scows, Inc, and has no plans to develop it. Both islands are restricted
from public access as they are considered vital nesting grounds for local birds. Egrets,
herons, gulls, and double crested cormorants all have nests on the islands. The city and
the NY Audubon society are working to remove non-native plant and trees such as Norway
Maples and Judzu vines and replace them with birch and hack-berry that protect prime
nesting areas. species in the hopes that it will encourage the breeding of birds, and
encourage other birds to return, as the harbor herons did in the 1970's. The NY Parks Dept
seeks volunteers to do work on NBI involving bird counts. 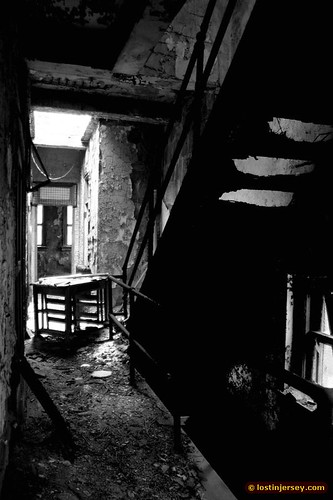 There is one other important thing about North Brother Island, something
which most Americans know nothing about. On June 15, 1904 a steamship called the General
Slocum caught on fire, and it's Captain William Van Schaick steered it towards North
brother Island. Although it was the third worst maritime disaster in history and more people died then in the infamous
Triangle Shirtwaist factory fire of 1911, most people have no knowledge of this tragedy.
It remains the greatest maritime disaster in NY history, and the greatest disaster of any
kind until 9/11. It also remains the most deadly peacetime maritime disaster in American
history.

I heartily recommend you pick up Ship Ablaze which documents the story
fully, but briefly here it is.

The General Slocum had 1300 passengers and was headed from the East
Village in New York to a church picnic off Long Island. A small fire quickly became an
inferno. The ship's crew had no training in fighting fires, and the fire hoses literally
fell apart from lack of maintenance. Lifeboats were painted and nailed to the decks. The
lifejackets were nailed to the walls, and were in such bad shape they actually dragged
people to their deaths. The boat has recently been painted feeding the fire and causing it
to spread. The captain debated docking at several piers nearby but feared of an explosion
of the numerous oil tanks that were nearby, and pushed full speed ahead to north Brother
island. This increase in speed fanned the fire further.

The grieving city demanded answers. Captain Van Schaick, executives of the
Knickerbocker Steamboat Co., and the Inspector who certified the General Slocum as safe
only a month before the fire were indicted. The captain was convicted and sentenced to ten
years in Sing Sing prison, but was pardoned by President Taft after three years. The
officials of the   Knickerbocker Steamship Company escaped from any jail time
despite evidence they bribed officials and falsified records to cover up the unsafe
conditions aboard ship.

President Roosevelt named a commission to investigate the tragedy, which
held hearings in  New York and Washington, D. C. These hearing leds to many people
losing their jobs, and a wave of new safety regulations for all ships. These new
regulations were quickly enacted and this led to dramatic improvements in steamboat
safety.

The victims of the General Slocum fire were almost entirely German, and
almost entirely from one neighborhood on the lower East Side known as Kleindeutschland:
Little Germany. There wasn't a person in the community who didn't have a relative who died
or personally someone who died. When those 1,021 people died they took the community with
them. The remaining families could not cope with the sudden loss, and before very long
Little Germany was no more.

There is a monument to the disaster in the Lutheran Cemetery Slocum monument, and another
smaller monument can be found in Tompkins Square Park (between Avenues A and B and East
7th and 10th Streets, just north of Kleindeutschland). In 1991, this monument was restored
by the NYC Parks Department. Interestingly, there is no mention of the General Slocum on
the monument; just the words, "They were earth's purest, children young and
fair."

You can read all about the General Slocum disaster in the book Ship Ablaze.