Raven In The Hedge (

SW of Columbia City, IN and East of South Whitley,
IN in Whitley County

This I feel was the best cemetery find for me to date. This area is called Hell's Half Acre because it was the place to go in the mid 1800's to find trouble. In the 1914 book History of Whitley County it says, "The things that happen in Hell's Half Acre after dark would make a 15 year old boy hide under his bed in terror." There was a train track which led right through here that people could hop for transportation and the cities of Columbia City and South Whitley is less than 5 miles either way.

This is a cemetery dated between the 1870's to the turn of the century which would be just after things settled down around here. The last stone reading was done for this cemetery in the early 1980's. Being one of the few cemeteries in Whitley County I haven't been
to of course, I had to find it. After driving circles in the area where this is marked on the map the Whitley County Genealogical Society has I decided to ask some of the people living in the area which weren't many on a country block. No one had heard of it. Then we decided to hike it. On the map it said follow the train tracks, which were now gone, for 1/8 mile then head north through a field for 1/4 mile. We found the field and saw this:

There was a teenage girl on a 4X4 in the field and we asked her if she had seen a cemetery. She said no and said we could look in that clump of trees.She looked half amused and half freaked out. You had to duck inside the grove. It was very thick brush. We found all the graves listed in the last stone reading. There are 15 people buried here. One Indian solder, 2 people over the age of 60, and the rest are kids under 15. Some of the same names are here but for the most part was a public grave site. Below are all the pictures we took at the site. We noticed one grave was either grave robbed or the casket air pocket collapsed because there was a 3X5 area that was sunken down a foot or two right in front of a stone 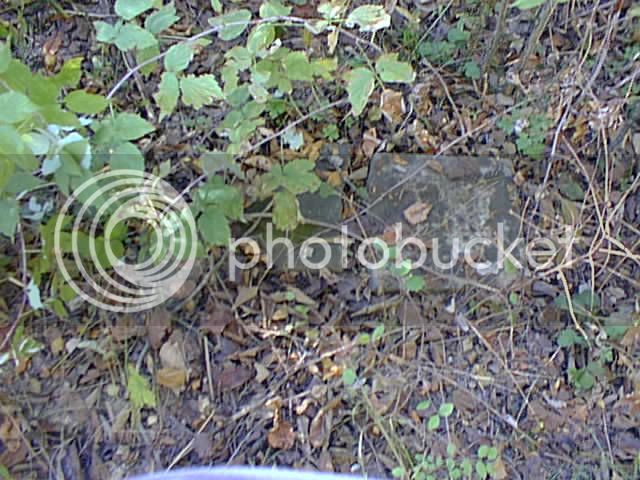 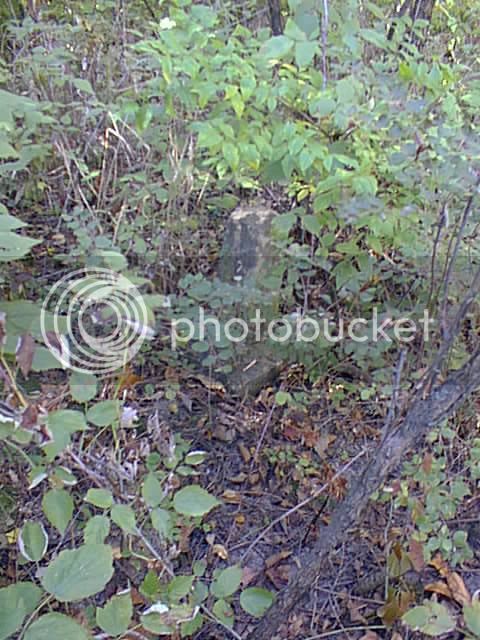